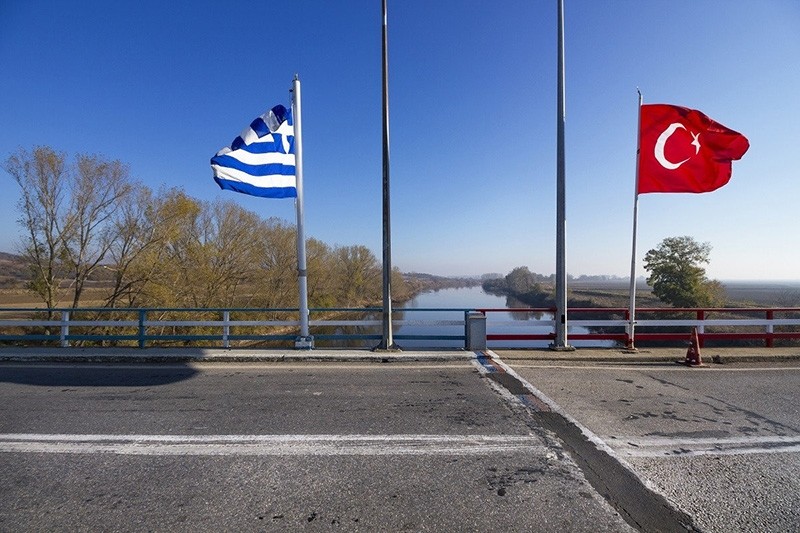 The Turkish Foreign Ministry summoned the Greek ambassador in Ankara Petros Mavroidis on Tuesday, according to diplomatic sources.

The ambassador was summoned to the ministry over recent remarks by Nikos Kotzias, who recently resigned as Greek foreign minister.

Kotzias has said that Greece was ready to extend its territorial waters from six miles to 12 miles in the Aegean Sea.

Turkish Foreign Ministry spokesman Hami Aksoy said later in the day that "views and warnings" were conveyed to Mavroidis over Greece's one-sided moves in the Aegean.

"We have followed the statements of Greece's former Minister of Foreign Affairs, Mr. Kotzias and its prime minister and new minister of foreign affairs, Mr. (Alexis) Tsipras regarding the plans for the gradual extension of Greek territorial waters, as well as the related news," Aksoy said in a statement.

"We cannot tolerate any step that is not based on mutual consent in the Aegean Sea where two countries have opposite coasts," the statement said.

"The declaration of the Turkish Grand National Assembly, dated June 8, 1995, contains a necessary political warning and is still in force today," it added.

The declaration warns that if Greece increases its territorial waters in the Aegean Sea beyond six miles, the Turkish parliament will give "all powers," including the military powers, to the government to defend Turkey's interests.

On Thursday, the Turkish navy stopped a Greek frigate from harassing a Turkish research ship on the Turkish continental shelf off the coast of the Turkish Republic of Northern Cyprus. Ankara warned Athens after the incident to "abstain from acts that would cause an escalation in the region."

Turkey has consistently contested the Greek Cypriot administration's unilateral drilling activity in the Eastern Mediterranean, saying Turkish Cypriots also have rights to the resources around the area.