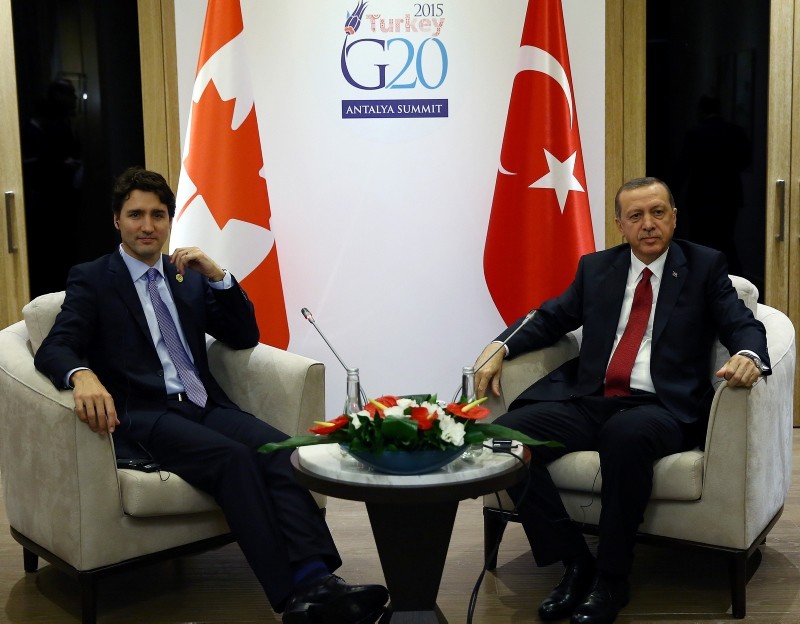 Erdoğan and Trudeau stressed the need to shed light on the killing and the importance of punishing the culprits, said a source from Turkish presidency, who asked not to be named due to restrictions on speaking to the media.

Both agreed "all aspects of the murder" must be made public so that the killers, believed to be Saudi Arabians, could be held accountable for the crime.

Trudeau said he might cut off any arms export permits that allow Canadian manufacturers of military equipment to ship their goods to Saudi Arabia.

The prime minister, however, did not say if he would stop the export of CAN$15 billion ($11 billion) in armored vehicles to the kingdom under a deal signed in 2014.

The deal was negotiated under the previous Stephen Harper Conservative government.

After weeks of denying any knowledge of the crime, Saudi officials last week said the journalist was killed during a brawl in the building.

Turkish police have been investigating the case and Erdoğan said he wants 18 suspects extradited to Turkey from Saudi Arabia to stand trial.