Erdoğan to Saudis: Where is Khashoggi's body? 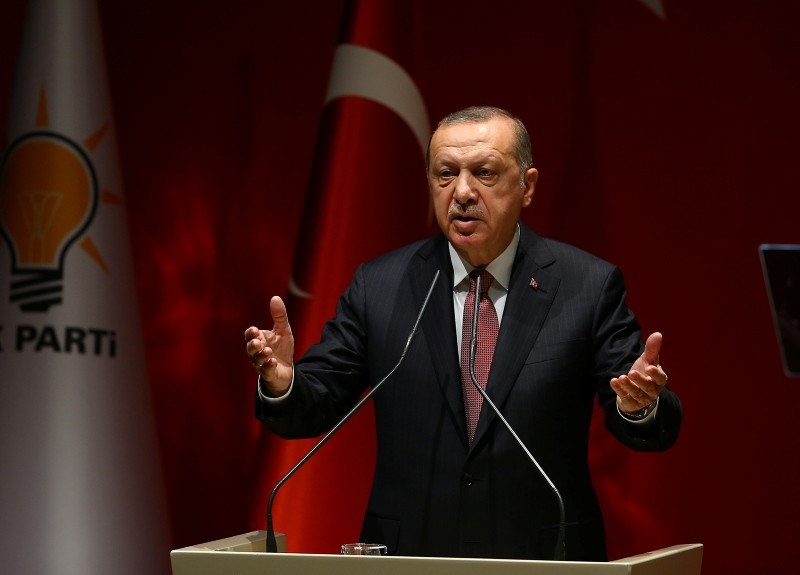 President Recep Tayyip Erdoğan directed a series of pressing questions about the killing of Washington Post journalist Jamal Khashoggi at Saudi authorities on Friday, demanding that they reveal his killer and the place his body has been hidden.

Speaking at a meeting of the provincial leaders of the Justice and Development Party (AK Party) in Ankara, Erdoğan said: "Where is Khashoggi's body? Who gave the order of Khashoggi's killing? The 18 people arrested know. Who sent the 15 people [the alleged hit squad involved in the murder] to Turkey? Saudi authorities must explain this."

The kingdom has detained 18 people and dismissed five senior government officials as part of the investigation. Crown Prince Mohammed bin Salman, who has cast himself as a reformer, has said the killers would be brought to justice.

Erdoğan said he had spoken with Prince Mohammed. "I also told the crown prince. I said, 'You know how to make people talk. Whatever happened between these 18 people, this dodgy business is among them. If you are determined to lift suspicion, then the key point of our cooperation is these 18 people.'"

He also said Riyadh needs to disclose the identity of its "local cooperator" who purportedly took Khashoggi's body from Saudi agents after the journalist was killed at the consulate in Istanbul on Oct. 2.

The president also announced that Saudi Arabia will send its chief prosecutor on Sunday to Turkey where he will meet with his Turkish counterpart in Istanbul.

Saudi prosecutors said Thursday that Turkish evidence indicates that the killing was premeditated.

Stating that Turkey is continuing to share information and documents regarding the case of the slain journalist, Erdoğan said there was no rush as there were plenty more where those came from.

Erdoğan also demanded Saudi Arabia to hand over the 18 people arrested over the killing of Khashoggi to be tried in Turkey.

Turkey and Western allies of Riyadh have voiced deep doubt concerning Saudi explanations of the killing. Turkey has dismissed Saudi efforts to blame rogue operatives and urged the kingdom to search "top to bottom" for those responsible for the killing.

Khashoggi went missing on Oct. 2 after he entered the Saudi Consulate in Istanbul. After days of denying knowledge of his whereabouts, Saudi Arabia claimed on Saturday that Khashoggi died during a "fistfight" inside the consulate.