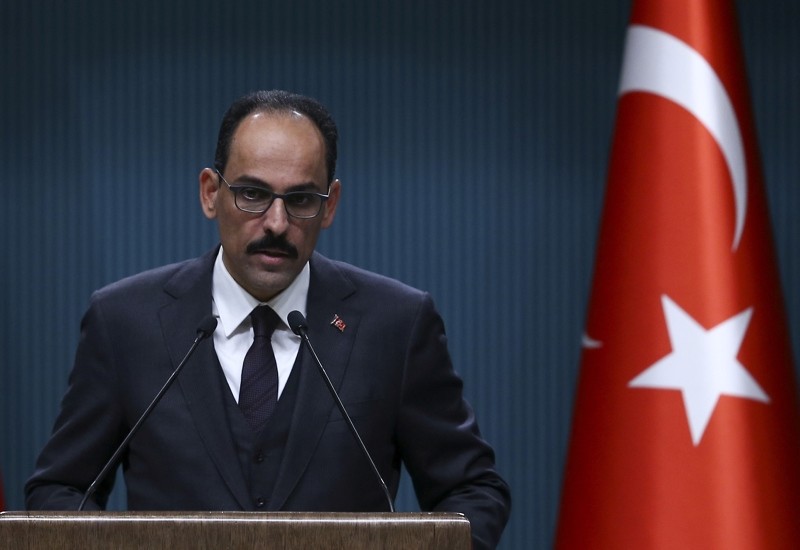 The four-party Syria summit to be held in Istanbul on Saturday will focus on finding new ways to reach a political solution in Syria, Turkey's presidential aide said on Friday.

"Our main purpose at this summit will be focusing on what kind of new ways could be found based on not military, but a political solution in Syria," said Ibrahim Kalın, speaking at an international congress in the southeastern Diyarbakır province.

At the summit, Erdoğan will address in particular preserving last month's Idlib deal and preventing violations by the Bashar Assad regime, Kalın said.

Ankara and Moscow agreed in September to establish a demilitarized zone in Syria's northwestern province of Idlib.

Under the deal, opposition groups in Idlib are to remain in areas where they are already present, while Russia and Turkey carry out joint patrols in the area to help prevent the resumption of fighting.

Staffan de Mistura, the U.N. special Syria envoy, who is also invited to the summit, will deliver a speech reviewing his efforts to date, according to Kalın.

"Our chief concrete expectation of this summit is that steps to be taken for a political solution are finalized and a roadmap is determined," he said.

Turkey expects the summit in Istanbul to help form a committee to rewrite Syria's constitution, he added.

Turkey hosts some 3.5-4 million Syrian refugees, more than any other country in the world.