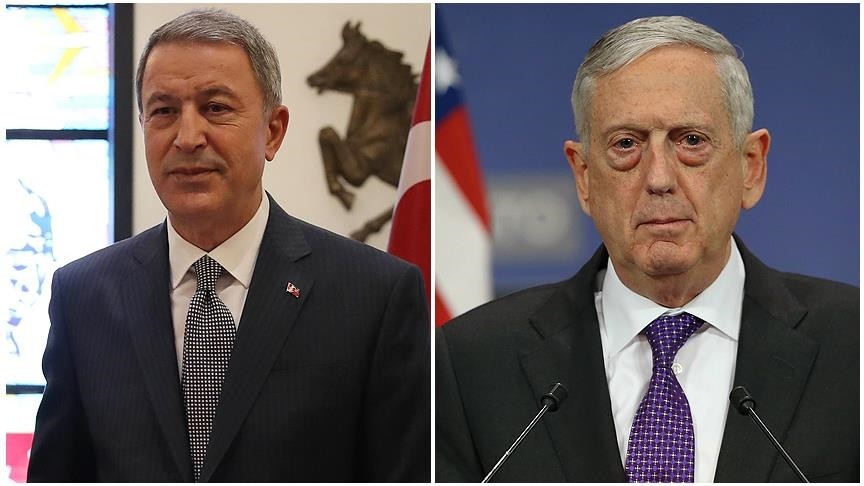 Akar and Mattis exchanged views on bilateral defense relations, Syria and the fight against terrorism, said the source, who spoke on condition of anonymity due to restrictions on talking to the media.

The phone call comes as Turkish and U.S. troops on Thursday began their first round of joint patrols in the northern Syrian city of Manbij, as part of a deal to rid the area of the People's Protection Units (YPG).

The Manbij deal focuses on the withdrawal of the PKK's Syrian offshoot, the YPG terrorist organization, from the district that is located west of the Euphrates River to establish stability in the region. Ankara has long said that it will not allow a terror corridor along its borders and asked for accelerated implementation of the Manbij deal with the U.S.