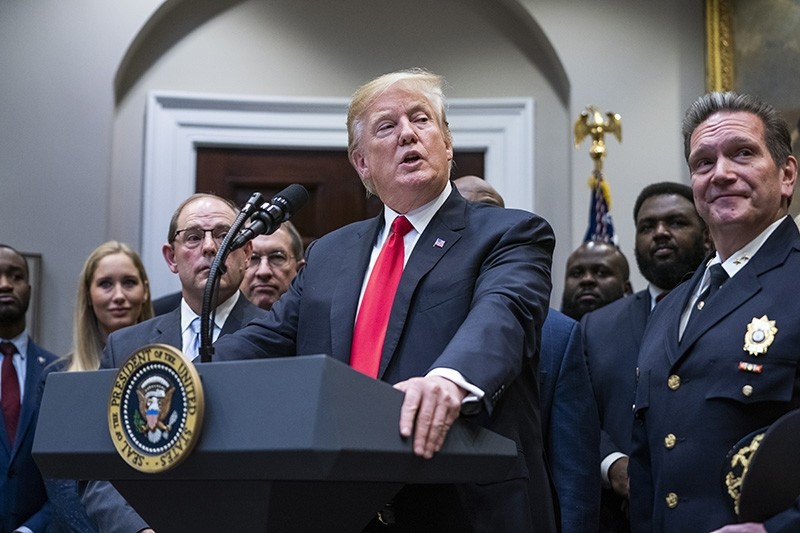 The administration reportedly asked the Justice Department and FBI to reopen Turkey's requests for Gülen's extradition and asked the Department of Homeland Security to provide information about the terrorist leader's residency status.

Career officials were angered by the request and reluctant to hand over the information, the sources said.

"At first there were eye rolls, but once they realized it was a serious request, the career guys were furious," a senior U.S. official informed of the matter told NBC.

The U.S. State Department denied reports of the White House's actions toward extradition later Thursday, saying that Washington continues to review documents sent by Turkey on the case.

A Turkish official said Ankara in no way links the case for Gülen's extradition to the Khashoggi killing.

"Turkey's pending request for Fetullah Gülen's extradition from the United States and the investigation into Saudi journalist Jamal Khashoggi's murder are two separate issues. They are not connected in any way, shape or form," the official told Daily Sabah.

Gülen, who arrived in the United States in 1999, currently resides in a luxurious retreat in Saylorsburg, Pennsylvania. He was already facing criminal investigations related to his group when the coup attempt that took place in 2016. Turkey pressed the U.S. for his extradition after the coup attempt, sending hundreds of folders full of evidence implicating Gülen and FETÖ in the coup attempt. The United States, where the terrorist group runs a network of charter schools, is a favorite safe haven for fugitive FETÖ members.

Turkey says the U.S. has turned the extradition matter into a political issue rather than handling the case as a legal matter. Reports that Trump could seek to use Gülen's extradition as a bargaining chip in the furor over Saudi Arabia's killing of Khashoggi, if true, only continue Washington's political handling of the case.

Khashoggi, a Saudi national and columnist for The Washington Post who is known for being a critic of Crown Prince Mohammed bin Salman, was killed on Oct. 2 inside the Saudi Consulate in Istanbul.

After weeks of denying involvement, the kingdom admitted Khashoggi had been killed at the consulate. Yet, the Saudi government claimed the Saudi royal family had no prior knowledge of a plot to murder the journalist.

Earlier Thursday the Saudi state prosecutor's office announced that 21 individuals had been taken into custody over the killing and that charges had been set against 11 of them.

Five of them face possible execution for the murder, according to the prosecutor.

The U.S. has sheltered the crown prince from its criticism of the kingdom over the killing of the journalist. Erdoğan, in contrast, has kept up pressure on the kingdom by releasing evidence of the killing that places Crown Prince Mohammed inexcusably close to the crime.

Saudi Arabia is a critical ally of the U.S., not only for its economic resources but also for Washington's regional goals of countering Iran and brokering a so-called peace deal between Israel and Palestine.