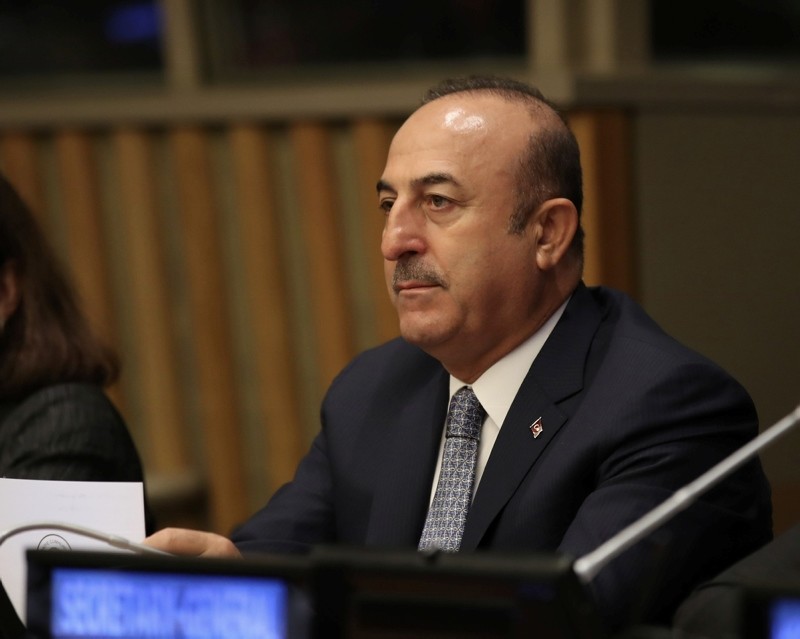 Turkey is not entirely satisfied with the level of cooperation it is receiving from Saudi Arabia over the killing of journalist Jamal Khashoggi and could seek a formal United Nations inquiry over the issue if its liaising with Riyadh comes to an impasse, Foreign Minister Mevlüt Çavuşoğlu said late Tuesday during a press conference in Washington D.C.

Speaking to reporters after meeting with U.S. Secretary of State Mike Pompeo, Çavuşoğlu said Turkey has shared the latest information on the Khashoggi killing with the United States and repeated Ankara's stance that the truth had to come out on who gave the orders to kill the journalist.

"We do not see Khashoggi's murder as a bilateral matter between Turkey and Saudi Arabia; it is a humanitarian issue," the top diplomat said.

"The truth has to come out on who gave the instructions regarding his killing," he added.

After offering numerous contradictory explanations for Khashoggi's disappearance, Riyadh said last week Khashoggi had been killed and his body dismembered when "negotiations" to convince him to return to Saudi Arabia failed. The public prosecutor said it would seek the death penalty for five suspects in the case.

President Recep Tayyip Erdoğan has said the killing was ordered at the "highest levels" of the Saudi government but has not directly accused Prince Mohammed. Saudi Arabia has denied that the prince ordered Khashoggi's killing.

U.S. intelligence officials have concluded that Crown Prince M. bin Salman, Saudi Arabia's de facto leader, ordered the Oct. 2 killing of Khashoggi, according to a U.S. official familiar with the assessment. Others familiar with the case caution that while it's likely that the crown prince had a role in the death there continue to be questions about the degree to which he was involved.

Turkey has also handed to the United States a list of 84 individuals that it wants extradited, Çavuşoğlu said, over their links with Gülenist Terror Group (FETÖ) leader Fetullah Gulen, blamed by Ankara for orchestrating a 2016 coup attempt.

He added that Ankara had passed on the list following a telephone conversation between Erdoğan and Trump.