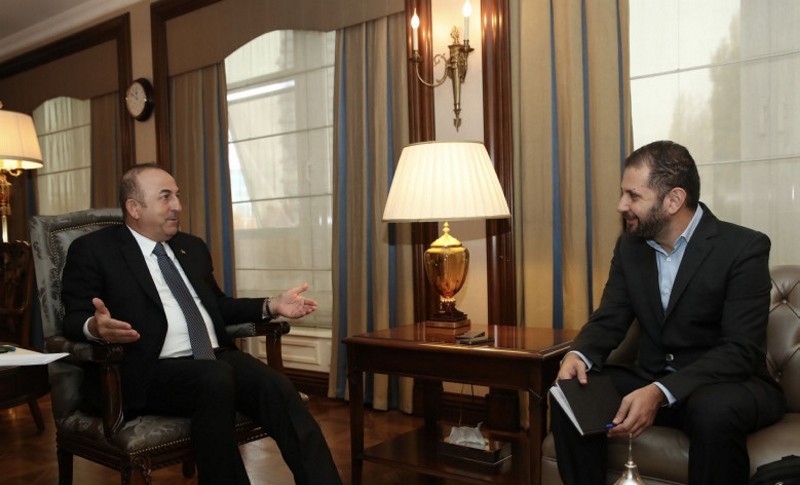 Greek Cypriots need to decide what kind of a solution they seek for Cyprus, and Turkey will then attend any talks on the matter, Foreign Minister Mevlüt Çavuşoğlu said Sunday.

Speaking to Greek Cyprus newspaper Politis, Çavuşoğlu said Turkey would support a solution approved by both sides of the island in referendums.

The minister said alternative solutions to a federation should be considered, as attempts at forming a federation have failed numerous times, and both sides need to agree on one before beginning any negotiations.

"What kind of a solution? A federation, confederation, two-state, or another fourth or fifth solution? First of all, we need to decide on a solution and decide to unofficially agree on reference conditions," Çavuşoğlu said.

Çavuşoğlu said Cyprus is a high priority on Turkey's ruling Justice and Development Party (AK Party)'s agenda and that Turkey wished for a peaceful solution for both sides of the island.

"In 2004, we signed the deal in Burgenstock when Greece and Greek Cyprus wanted to leave the table, and we took both sides to a referendum. The Turkish side approved the plan with 65 percent but the Greek side rejected it," he said.

The island of Cyprus has been divided between Turkish and Greek Cypriots since 1974 when a Greek Cypriot coup took place after decades of violence against the island's Turkish community, leading to Ankara's intervention as a guarantor power. It has seen an on-and-off peace process in recent years, including the latest initiative in Switzerland – under the auspices of guarantor countries Turkey, Greece and the U.K. – that collapsed in 2017.