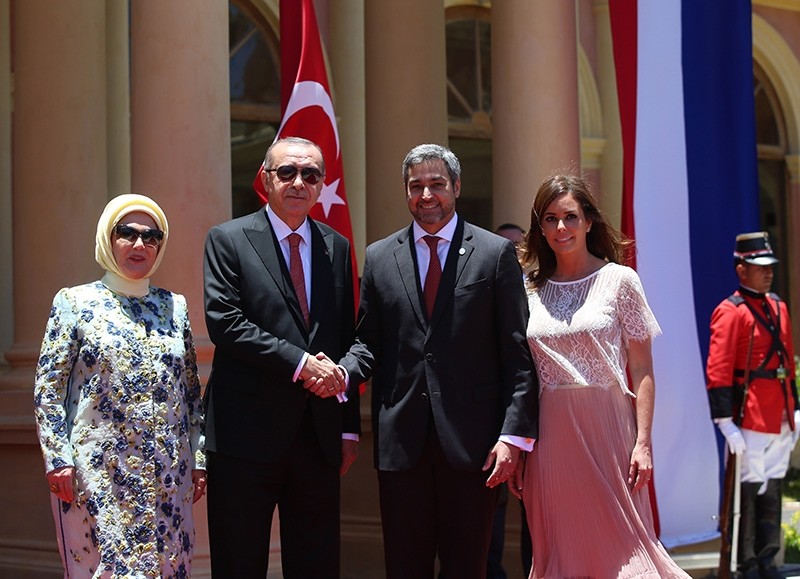 President Recep Tayyip Erdoğan arrived in the Paraguayan capital on Sunday to hold official talks following the Group of 20 (G-20) summit in Argentina.

Erdoğan was met at Silvio Pettirossi Airport by Paraguayan Foreign Minister Luis Alberto Castiglioni and other Paraguayan officials, along with the Turkish ambassador in Asuncion Armağan Inci Ersoy.

The president and first lady Emine Erdoğan were then received by Paraguayan President Mario Abdo Benitez and his wife Silvana Lopez Moreira Bo in a ceremony at the Palacio de los Lopez.

Erdoğan and Benitez proceeded with the head-to-head meeting following the official ceremony. 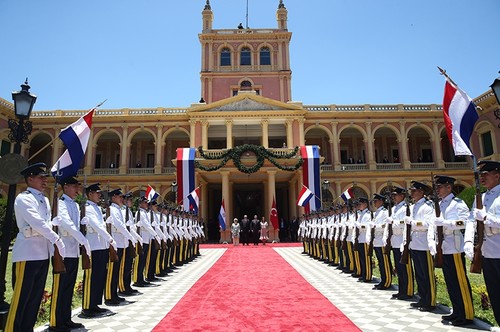 Many Turkish citizens living in Paraguay gathered in front of the presidential palace and chanted slogans welcoming the Turkish president.

Paraguay is the second destination of Erdoğan's Latin America tour as he is scheduled to visit Venezuela on Monday.

Erdoğan's trips to Paraguay and Venezuela mark the first-ever by a Turkish president.