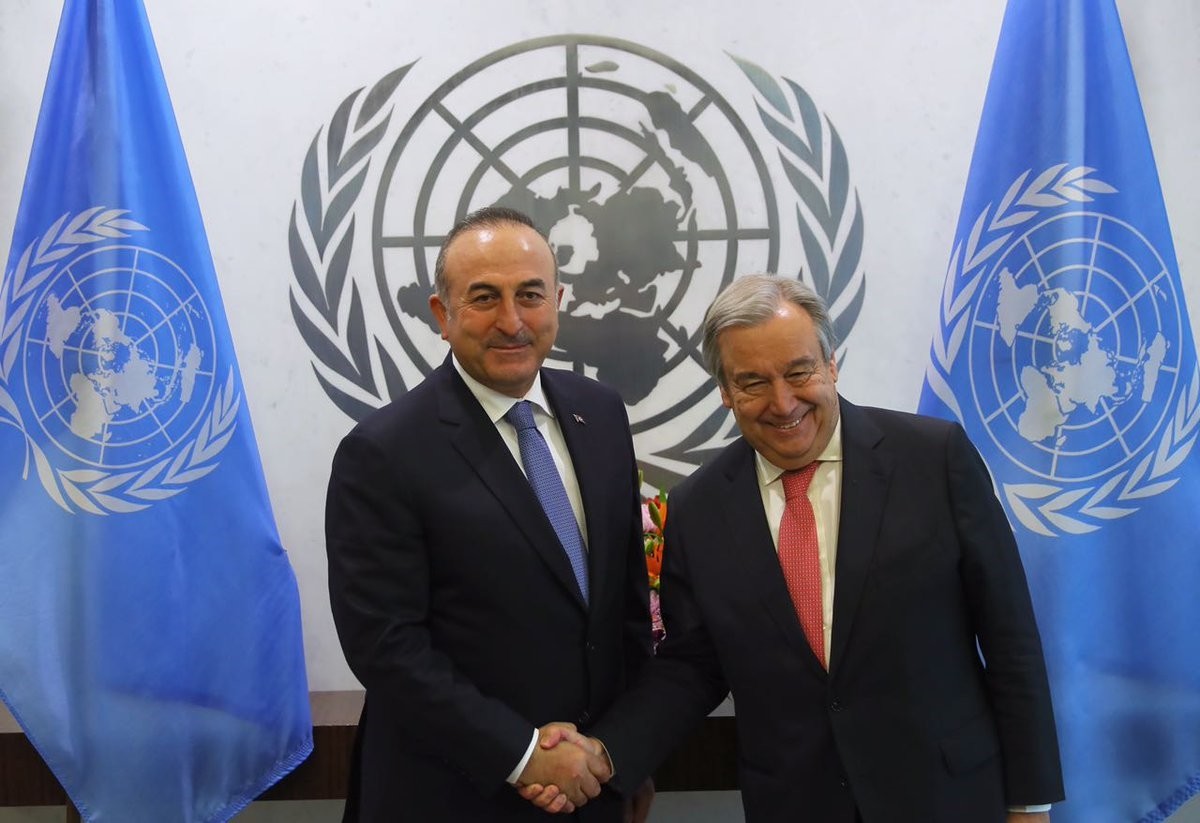 Turkish Foreign Minister Mevlüt Çavuşoğlu held a phone call with U.N. Secretary-General Antonio Guterres on Wednesday to discuss the latest developments regarding the crisis in Yemen and climate change.

According to sources the two exchanged views on the U.N. Framework Convention on Climate Change and steps to be taken to reduce and reverse the effects of climate change.

Earlier in the day Guterres told delegates from over 130 countries meeting in the Polish city of Katowice that a recent report by the U.N. Intergovernmental Panel on Climate Change acknowledged what global warming beyond 1.5 degrees will mean for billions of people, especially those who live in small island states.

The report outlined a catastrophic future if no action was taken by countries immediately, he said, adding that the window of opportunity was closing.

The Paris Agreement, within the U.N. climate pact, aims to restrict warming to "well below" two degrees Celsius (3.6 Fahrenheit) above pre-industrial times.