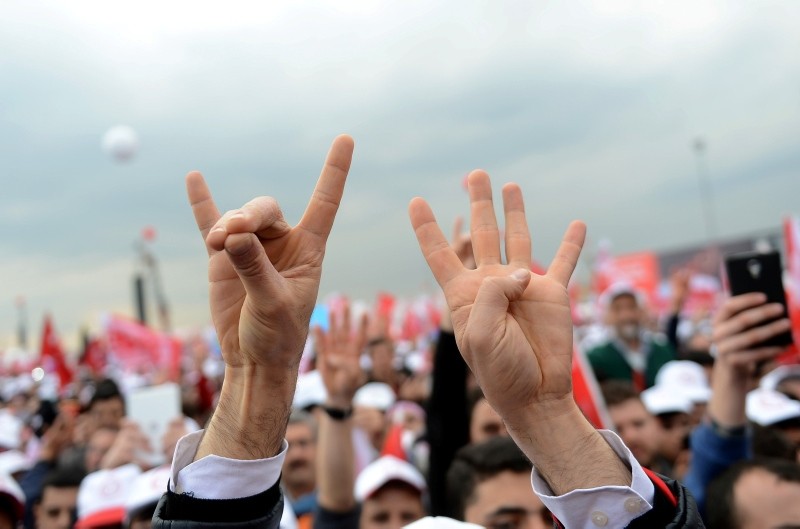 Turkey's Foreign Ministry on Wednesday condemned Austria's ban on "grey wolf" and "Rabia" signs and salutes in the country.

The bill also included a ban on the hand gesture used by the PKK terror group, which greatly resembles the famous 'V' sign.

The statement commended the "right, but late" prohibition of the terrorist gesture, adding that Turkey will closely monitor the implementation of the ban.

"We do not accept and strongly condemn the inclusion of the signs of the 'grey wolf,' which is the symbol of a legal political party in our country, and 'Rabia,' which is widely used by Muslims in our country as well as many other countries, in this 'symbols law'," the ministry said.

"These political and religious symbols have nothing to do with extremism," it added.

According to the statement, the law that was designed to fight terrorism is being "twisted and trivialized" with a political, populist move.

Turkey is expecting Austrian authorities to correct "this grave mistake," the ministry said.

The Rabia sign first appeared in Egypt as the symbol of resistance against a military coup in Egypt in 2013. President Recep Tayyip Erdoğan later popularized the sign in Turkey to mean "one nation, one flag, one homeland, and one state."

The "grey wolf" gesture, which is associated with the Nationalist Movement Party (MHP), is formed by placing the ring and middle fingers on the thumb, thus forming the head of a wolf — a symbol of Turkish nationalism.