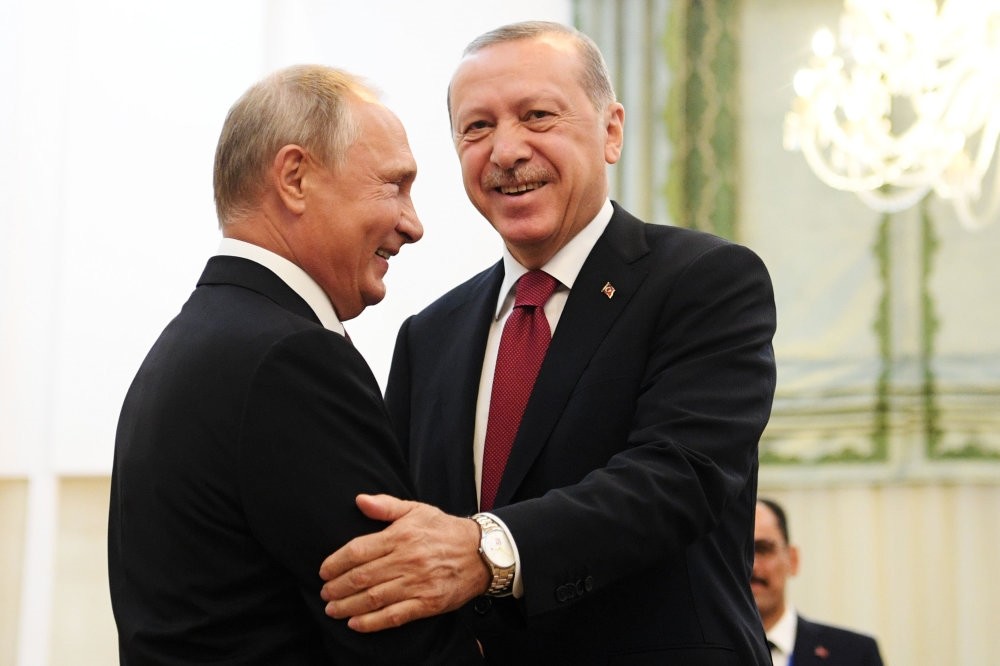 Aleksei Erkhov, the Russian ambassador to Ankara, praised enhancing bilateral ties and cooperation between Moscow and Ankara, stressing that concrete results in regional issues have been possible thanks to the two countries' efforts.

Speaking yesterday in a panel organized at Bilkent University in Ankara, Erkhov said, "I am glad and proud to announce today that our countries have reached a really unprecedented level of bilateral cooperation."

Giving some examples of the enhancing ties, Erkhov said, "Five meetings took place between President Vladimir Putin and President Recep Tayyip Erdoğan [this year], and 17 telephone conversations were held between them. A record, no doubt."

"Last year our bilateral trade volume was $22 billion. This year we are hoping for it to be much more - up to $27 billion or $28 billion," he added.

Erkhov also said that the relations are not free from complications and problems, as the recent years demonstrated. However, he underscored that "it is very important that Russia and Turkey have demonstrated a joint desire and joint capacity to overcome difficulties and misunderstandings, to give priority to what is really important and to concentrate on what is really of mutual interest." Commenting on the future of relations, Erkhov said, "Our countries possess a huge potential, both in bilateral and international affairs, when we stand together, we have all chances to win, I would even dare say, we are unbeatable."

In relation to the increasing cooperation between Turkey and Russia in in Syria, the Russian envoy said, "We - Russia and Turkey - have shown it in Syria where together with Iran we were able to produce tangible positive results on the ground as well as in the political process."

Erkhov stressed that the Astana process and the Syrian National Dialogue Congress in Sochi, initiated by Russia, Iran and Turkey last January, created the conditions for a political settlement in line with U.N. Security Council Resolution 2254.

He added that the Syrian constitutional committee is being established in Geneva on precisely this basis.

In a recent meeting between Turkish, Russian and Iranian foreign ministers on Tuesday in Geneva, the three guarantor countries of the Astana process called for the launch of a "viable and lasting Syrian-led, Syrian-owned and U.N.-facilitated political process."

With the aim of forming a constitutional committee that will lead to accelerate the political process, the sides have been working together. Foreign Minister Mevlüt Çavuşoğlu said following the meeting that

the guarantor countries of the Astana process and the U.N. are working together on the names that civil society had suggested for the commission.

"We foresee the first meeting of this commission in the first month of next year," Çavuşoğlu said.

In a joint statement read out by Russian Foreign Minister Sergei Lavrov after the trio met the U.N. special envoy to Syria, Staffan de Mistura, the ministers said that the work of the new body "should be governed by a sense of compromise and constructive engagement."

The ministers also "reaffirmed their strong commitment to the sovereignty, independence, unity and territorial integrity" of Syria and called on all sides to respect those principles.

Touching on the rebuilding process in Syria, Erkhov said, "Rebuilding ruined infrastructure to enable millions of refugees to return home as soon as possible is on the agenda." He added that assistance in resolving these challenges for the benefit of all Syrians, without any double standards, should become a priority for international efforts and the activities of U.N. agencies.