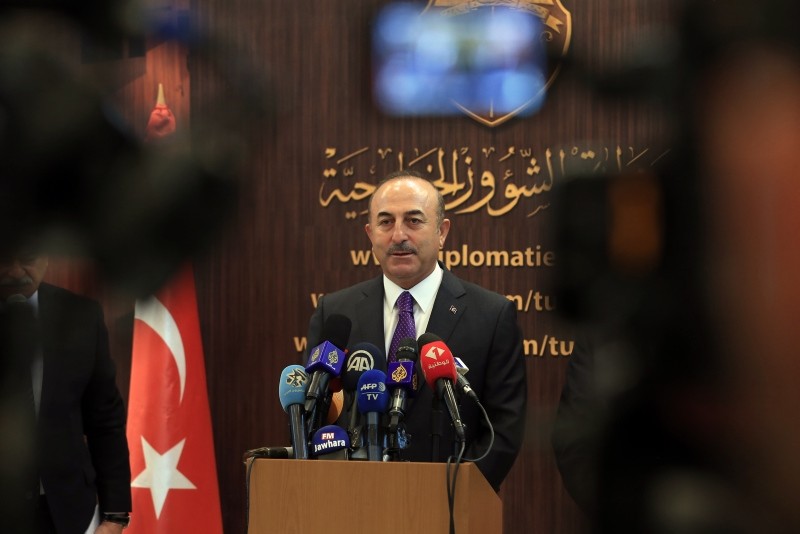 Çavuşoğlu's statements come after Netanyahu to Twitter on Sunday to attack the Turkish president over Ankara's counterterrorism operation and the Cyprus issues.

"Netanyahu has been quite disturbed recently, as he understood that he cannot divide Syria," the foreign minister said, adding that the Israeli prime minister had intended to divide the country through the use of the YPG.

Çavuşoğlu accused Netanyahu of having sympathy toward the terrorist group, noting that both the PKK and Netanyahu are "baby killers."

Speaking in Istanbul, Erdoğan had earlier said previously that Netanyahu was the "voice of oppressors" and used state-sponsored terrorism.

"Unhappy with us for helping Palestinian victims, the Israeli prime minister attacked with vile insults and slander. Netanyahu accuses us of invading Cyprus. I think it is a slip of tongue. He was going to say they were invaders themselves in Palestine," Erdoğan said.

"Israel has no right to accuse anyone without accounting for its own sins, crimes against humanity, massacres and destruction," he added.

The PKK, listed as a terrorist organization by Turkey, the EU and U.S., has waged a three-decade war against Turkey and is responsible for the deaths of nearly 40,000 people.