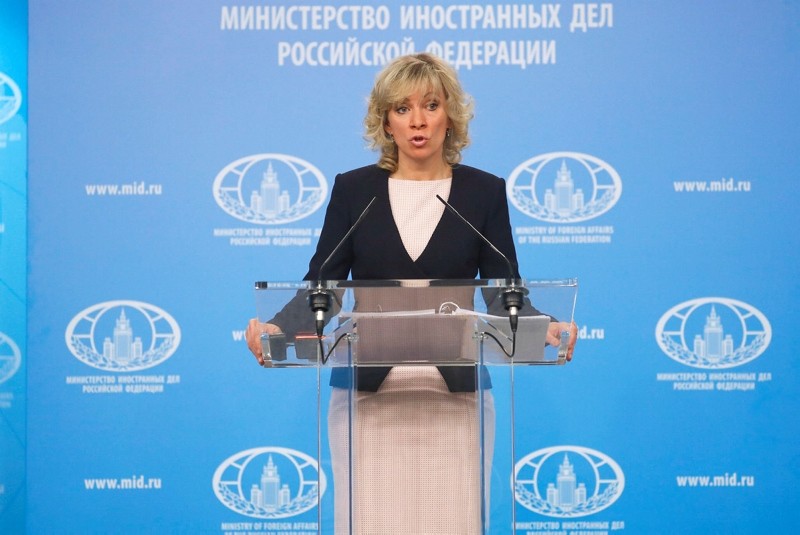 Speaking at a news conference in Moscow, she said: "We closely coordinate our views and the implementation of a concrete policy in Syria with our Turkish colleagues, both in foreign policy and in military counter-terrorism operations on the ground," she said.

Zakharova also announced that a meeting regarding further efforts to restore the peace in Syria, which will be in the Astana format, will take place in Moscow "in the nearest time."

"The three guarantor countries of the Astana format maintain intensive contacts through various channels. Of particular importance are the meetings of heads of state, as well as foreign and defense ministers. Cooperation is carried out both on a bilateral and trilateral basis. I can say that such contacts are planned in the near future, they will take place in Moscow," she said.

Earlier, Foreign Minister Mevlüt Çavuşoğlu had informed about a scheduled visit to Moscow in late December.

She also said northern Syrian territories under the control of U.S.-backed People's Protection Units (YPG), PKK affiliate, should be given to the Bashar Assad regime.

Pointing out that there has been no contact yet between Washington and Damascus on the matter, Zakharova added that it was still unclear whether the U.S. will "continue to conduct air strikes and limited ground military operations."

Meanwhile, Sharfan Darwish, the spokesman for the U.S.-backed Manbij Military Council (MMC) told Sputnik on Tuesday that the Bashar Assad regime troops backed by Russian forces have sent extra troops toward the city of Manbij in coordination with the YPG who control it. He added: "The Russian army has restored the Syrian-Russian coordination center to Arima village to the west of Manbij city, after its withdrawal from there a while ago."

In relation to the issue, Youssef Hamoud, the spokesman for the National Army, a Turkish-backed opposition force aimed at unifying disparate factions in northwest Syria, reiterated that they are ready for an offensive. "What we see on the front now is reinforcements to all forces to reach full preparedness for battle. The battle will soon start," he said.

The city is currently administered by a city council which predominantly consists of PKK-associated people. Turkey has been wanting the political administration of Manbij to be eliminated and insists on the city council of Manbij being run by groups in line with their ratio of representation, pointing to past censuses in the city before demographic changes in the area. Manbij used to be considered a predominantly Arab city before it was seized by the YPG from Daesh in 2016.

Previously, Turkey and the U.S. also reached an agreement in July for the withdrawal of the YPG from Manbij to establish security and stability in the city. The deal envisages the withdrawal of the YPG from the city and joint patrols to be conducted by the military of both countries. The deal also set a three-month timetable to complete the tasks; however, progress has been sluggish.