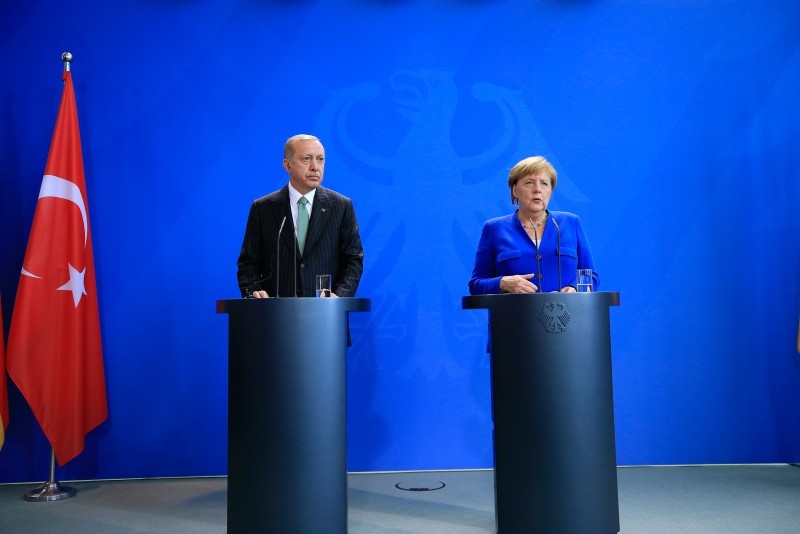 President Recep Tayyip Erdoğan and German Chancellor Angela Merkel held a phone call Sunday to discuss the latest developments in Syria and the fight against terror.

Turkish presidency sources said that the two leaders also discussed the irregular migration towards Europe as well as bilateral relations.

Erdoğan and Merkel also agreed to keep close communication to monitor the process in Syria both regarding the outcome of the four-nation Istanbul Summit between the leaders of Turkey, Russia, France and Germany in late October, as well as the U.S. pullout decision.

The summit had called for a constitutional committee to be formed by the end of 2018 and an urgent switch to a political process and halt to fighting.

On Dec. 19, Washington announced it will be withdrawing all of its troops from Syria, following a conversation between Erdoğan and U.S. President Donald Trump over an imminent Turkish cross-border operation to eliminate PKK-affiliated People's Protection Units (YPG) terrorist group from northern Syria.