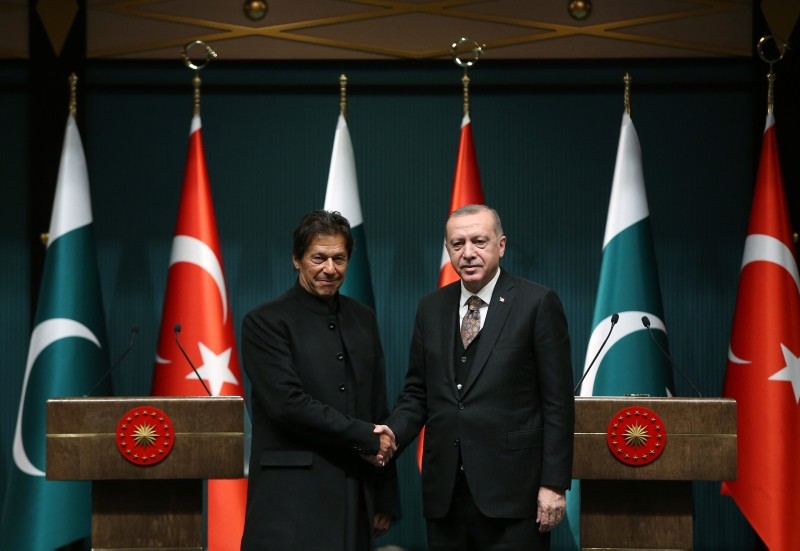 President Recep Tayyip Erdoğan met Friday with Pakistani Prime Minister Imran Khan, who is in Turkey for an official visit for the first time after taking office.

The two leaders first came together at the Beştepe Nation Mosque for the Friday prayers, then arrived in the adjacent Presidential Palace Complex in Ankara for their meeting.

Following the meeting, the two leaders held a joint press conference, in which Erdoğan announced that Turkey, Pakistan and Afghanistan will hold a trilateral summit in Istanbul as soon as Turkish local elections are concluded in March.

Khan said that the international community should help with the peace process in Afghanistan. "The people of Afghanistan have been suffering for over three decades. Pakistan is already helping dialogue between Taliban and Americans. I look forward to the summit meeting in Istanbul, where we hope that Afghanistan, Pakistan and Turkey will be able to help in this peace process," Khan said.

In a joint statement released after the conference, Turkey and Pakistan acknowledged that sustainable peace and stability in Afghanistan could be achieved through reconciliation of all segments of the Afghan society with the support of the regional countries and the international community.

The statement also underlined the two countries' abiding commitment to fighting the menace of terrorism in all its forms and manifestations and reiterated their resolve to fight against the Gülenist Terror Group (FETÖ).

The two countries also declared that they share the same viewpoints on the Palestinian issue and the status of Jerusalem, the Cyprus question and the dispute in Jammu and Kashmir. 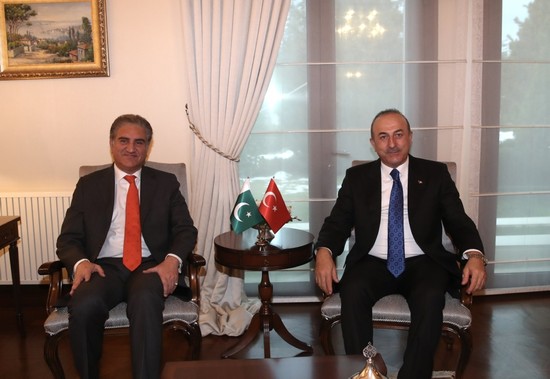 "Expressed our thanks to Pakistan for declaring FETÖ as a terrorist organization, a right decision that confirms our brotherly ties," Çavuşoğlu added.

On the meeting of the top two diplomats, the Pakistani Foreign Ministry said that Qureshi briefed Çavuşoğlu about "the recent developments concerning peace and reconciliation in Afghanistan."

"He also informed his Turkish counterpart, in detail, about Pakistan's outreach efforts to most important neighbors and regional countries, in the recent weeks, including Afghanistan, Iran, China, Russia and Qatar," the statement read.

"The Foreign Minister added that desire to support and facilitate an inclusive, Afghan-owned, Afghan-led process had emerged as a notable convergence and shared desire among all, particularly Afghanistan's neighbors, who had serious stakes in an amicable resolution of the four decades old conflict," the statement further said.

"The Foreign Minister appreciated Turkey's key role in strengthening the regional cooperation on Afghanistan through the Heart of Asia - Istanbul process," it added.