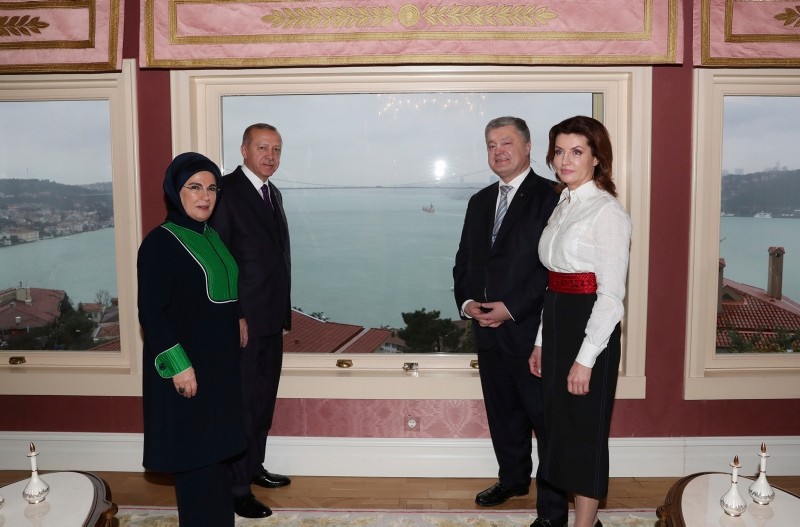 President Recep Tayyip Erdoğan and his Ukrainian counterpart Petro Poroshenko met early Saturday for a breakfast in Istanbul, where the Ukrainian leader is visiting to receive a decree granting autonomy to the Ukrainian Orthodox Church. 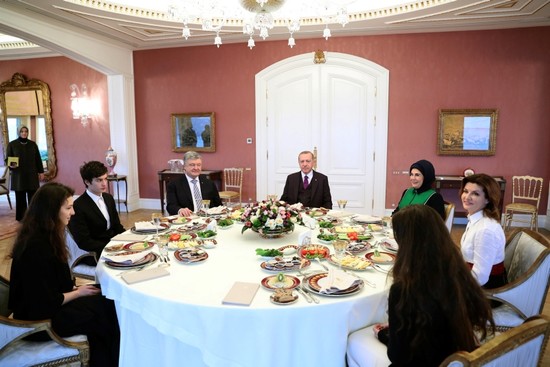 The presidents, along with first ladies Emine Erdoğan and Maryna Poroshenko, came together at the Vahdettin Pavilion in the city's Üsküdar district and discussed the bilateral ties of Turkey and Ukraine. 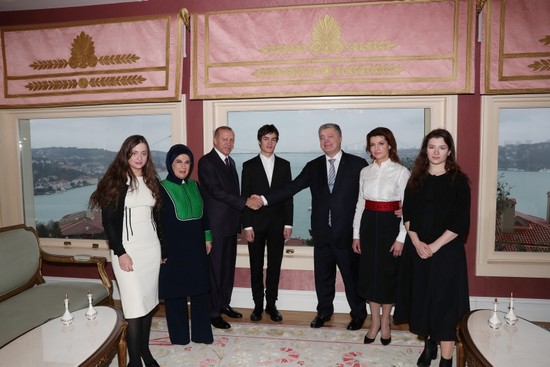 Poroshenko received an official decree called "tomos" from Fener Greek Orthodox Patriarch Bartholomew, with which the Ukrainian Orthodox Church in Istanbul is granted autonomy by the Patriarchate, regarded the highest body for Orthodox Christians.

The Ukrainian president thanked Erdoğan for not interfering in the Fener Greek Orthodox Patriarchate's decision to recognize the Ukrainian Orthodox church in a news conference ahead of the meeting.

Poroshenko said he regarded gaining autocephaly as an important step in "Ukraine's decolonization from Russia."

Foreign Minister Mevlüt Çavuşoğlu also met with his Ukrainian counterpart Pavlo Klimkin. In a Twitter post, Çavuşoğlu noted that he discussed bilateral relations and regional issues with Klimkin during the meeting.

Russia has long campaigned against the move since Orthodox churches in Ukraine have traditionally been administered by the Moscow Patriarchate.

The autonomy move comes ahead of the Ukrainian presidential elections slated for March 31.