US delegation came to Turkey for their own probe on FETÖ, Justice Minister Gül says 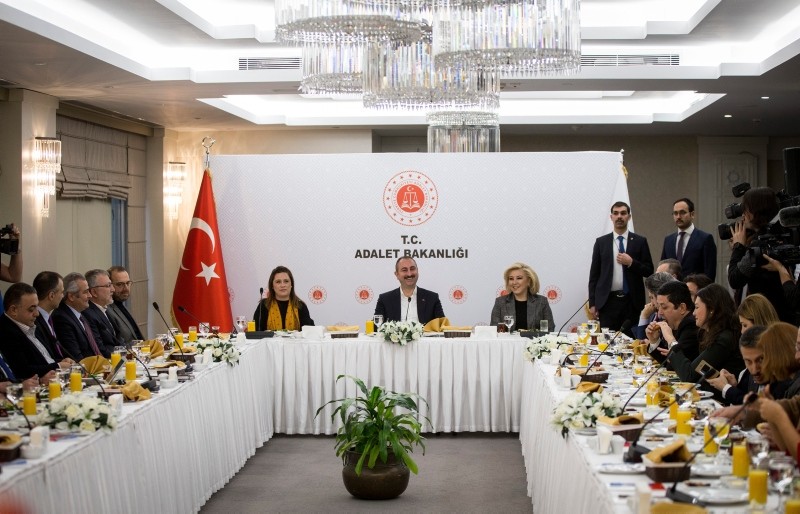 Gül's comments came in a breakfast meeting with Ankara represtatives of Turkish newspapers and broadcasters.

Gül said that there is an ongoing investigation conducted by the New York County District Attorney's Office, and that two prosecutors came from New York and Washington, D.C. "They previously requested witness statements [from ongoing FETÖ trials in Turkey]. As Turkey, we have accepted their requests within the scope of international conventions and judicial assistance. Through evidence we presented to the U.S., we have seen that they were on-point demands. We will try to give all documents and information," Gül said.

He added that Turkey also presented all documents and information regarding the assasination team that tried to kill President Recep Tayyip Erdoğan during the July 15, 2016 botched coup attempt.

Gül said the U.S. delegation saw that the trials are concluded in Turkey through evidence.

"With issues witnessed by the members of the U.S. delegation, the investigation on FETÖ in the U.S. would lead to different developments," he added.

The minister noted that the ongoing U.S. investigation on FETÖ and its leader Fetullah Gülen's extradition to Turkey over the coup attempt and other trials are separate issues. "Political approaches are also effective in extradition issues. But our approach is judicial," Gül said.

"The investigation in the U.S. is conducted on money laundering and illegal activies," he said, adding that the result of the investigation might effect the extradition process.

Gül, who was briefly sanctioned by the U.S. along with Interior Minister Süleyman Soylu during the diplomatic spat on American pastor Andrew Brunson's arrest in Turkey on terror charges, said that he might visit the U.S. after the new attorney general takes office. Former Attorney General Jeff Sessions was fired by President Donald Trump on Nov. 7.

Commenting on overall conduct and outcomes of trials targeting FETÖ, Gül said that the number of convicts and arrested suspects in trials and investigations directed at the terrorist group is currently at 31,088. He said that 241 out of 289 lawsuits have been concluded.

Gül noted that Turkey requested the extradition of 432 suspects from 83 countries. Among these, 97 suspects have been extradited to Turkey from 22 countries.

"In our battle with FETÖ, we seek for justice for crimes. We look for criminals, not the innocents. We take this process very sensitively," Gül added.