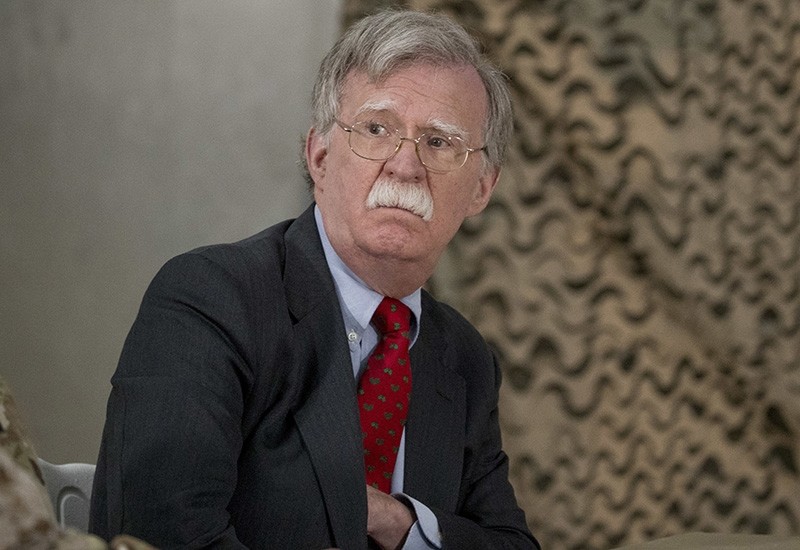 Erdoğan earlier in the day slammed statements Bolton made that Washington's condition for a troop withdrawal from Syria is that Turkey protects the PKK's Syrian affiliate People's Protection Units (YPG).

Commenting on the development, Erdoğan told reporters that Presidential Adviser Ibrahim Kalın is Bolton's Turkish counterpart. The two held a meeting on Syria at the Presidential Complex in Ankara earlier on Tuesday. The president said his busy schedule prevented him from meeting Trump's adviser on Tuesday, but if it had been necessary, they would have met.

Kalın told members of the press on Tuesday afternoon that the president did not promise a meeting with Bolton and it was not included in the schedule for the visit. He said the issues at hand were discussed with Bolton during his time in Ankara.

Erdoğan said at the Justice and Development (AK Party) Party's parliamentary group meeting on Tuesday morning that Bolton's comments on the YPG were unacceptable, and that Turkey could not accept the U.S.' stated condition.

Bolton and Kalın had a productive discussion regarding the United States' decision to withdraw from Syria, spokesperson for the U.S. National Security Council Garrett Marquis said after the meeting Tuesday morning.

Marquis added in a statement that the two sides had identified further issues for dialogue and that the U.S. looks forward to ongoing military-to-military consultations.

U.S. Chairman of the Joint Chiefs of Staff Gen. Joseph Dunford and James Jeffrey, the U.S. special representative for Syria and the special envoy for the anti-Daesh coalition, also attended the meeting that lasted a little over two hours.