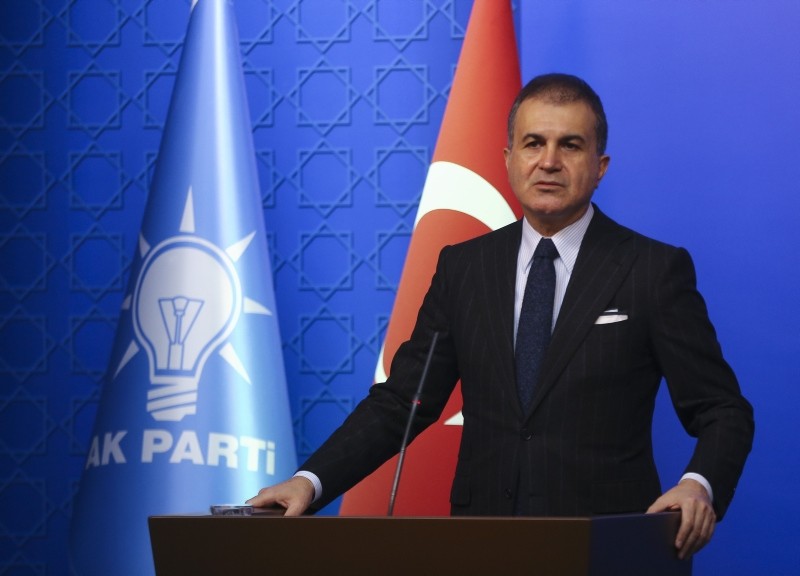 Turkey has been and will continue to be a friend of Kurdish, Arabic and Turkmen people living in Syria, the spokesman for the ruling Justice and Development Party (AK Party) said on Tuesday.

"No one can teach Turkey lessons about protecting our Kurdish brothers. Turkey is the biggest, and even the only friend of Kurds," Ömer Çelik told reporters in the capital Ankara.

Çelik added that Turkey is also a friend to Arabs and Turkmens in the region.

"Those who tell Turkey not to 'touch' Kurds should look in the mirror and remember their oppression of Kurds," he said, evidently referring to remarks by U.S. Secretary of State Mike Pompeo and National Security Adviser John Bolton's warnings against a Turkish offensive targeting "Kurds," in an illicit conflation of "Kurds" with the People's Protection Units (YPG) terrorist group.

Çelik said those who called for the protection of the Kurds in the region were the ones planning political schemes with terrorist organizations.

"If any country would be a friend and protector of the Kurds living both in Turkey and Syria, it would be Turkey," Çelik said.

Çelik also called on the U.S. to remember that Turkey is its ally, saying Washington's act of allying itself with terrorist group was a "great failure".

He added that Pompeo and Bolton "explicitly" know that the YPG is a terrorist group.

Turkey said it would launch a major cross-border operation in the area stretching from the Euphrates River to the Iraqi border to clear the terrorist group from its border region.

Following Turkey's announcement of an imminent skirmish, Trump announced in December that Washington would withdraw of some 2,000 U.S. troops from Syria.