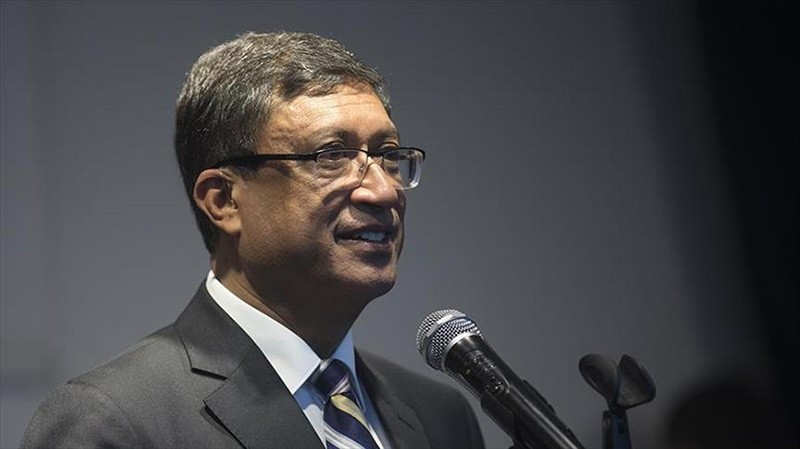 In a bid to boost bilateral relations, the Indian Embassy in Ankara is preparing to host mega-cultural shows "India along Bosporus" across Turkey in 2019.

"The festival will showcase the most outstanding features of our culture and civilization," he said, adding that the inaugural function will be organized in March followed by different events scheduled to be held across Turkey in April.

Bhattacharyya said that the two countries are also working to boost their trade ties. "When my prime minister met President (Recep Tayyip) Erdoğan during latter's visit to India, they set a target of $10 billion trade volume between two countries by 2020," he revealed.

Turkey and India's bilateral trade volume reached $8 billion in the first 11 months of 2018, up from $7 billion in all of 2017, according to Turkish trade minister.

"When we are able to achieve this target set by our leaders, we will double it and do much better in the next five years," the ambassador added.

Referring to bilateral trade agreement signed by India and Turkey in the 1950s, he stated that the two sides had done "preliminary" work towards signing Free Trade Agreement (FTA) in last decade.

"There has been confirmation from both sides that they would like to work on the commencement of FTA negotiations and I'm confident that we would be able to conclude FTA very rapidly because there is a very strong matching of interest," he said.

Indian ambassador noted that at least 30 Indian companies were working in Turkey in chemicals, auto-motives, machinery, pharmaceutical and construction sectors.

"One of the lead contractors in TANAP (Trans Anatolian Natural Gas Pipeline) is Indian," he said, adding a handful of Turkish companies are operating in construction, glass manufacturing, and service and logistics sectors in India.

However, the Indian ambassador noted that the educational exchanges between India and Turkey are "not at a very high level".

"But I have met with the (Turkish) minister for education, and we look forward to concluding an MoU on cooperation in education which will involve not only the exchange of the students and faculties but also look at bridging institutions," the ambassador added.

He said Turkish literature is being taught at many Indian educational institutions and it is same in Turkey as Indian civilization studies are being taught in several institutes, including 80-year-old Department of Indology, which hosted World Hindi Day program at Ankara University.

Earlier, speaking at the event, Bhattacharyya said: "We are planning to hold a regional Hindi language literary conference in Ankara with an aim to spread the language which has got recognition at international level."

Praising Turkey's "tremendous development" in the defense sector, Bhattacharya said India and Turkey have "very close political and security engagement […] we have counter-terrorism dialogue and have exchanged notes as well."

Earlier during the program, Turkish students read Hindi stories, poems written by famous Kabir and Sohan Lal. The main attraction of the "World Hindi Day" function was skit Magical Twigs, which revisited the wisdom of Birbal in Mughal era under Akbar the Great.