Turkey's concern regarding YPG must be addressed in a real way, US Senator says 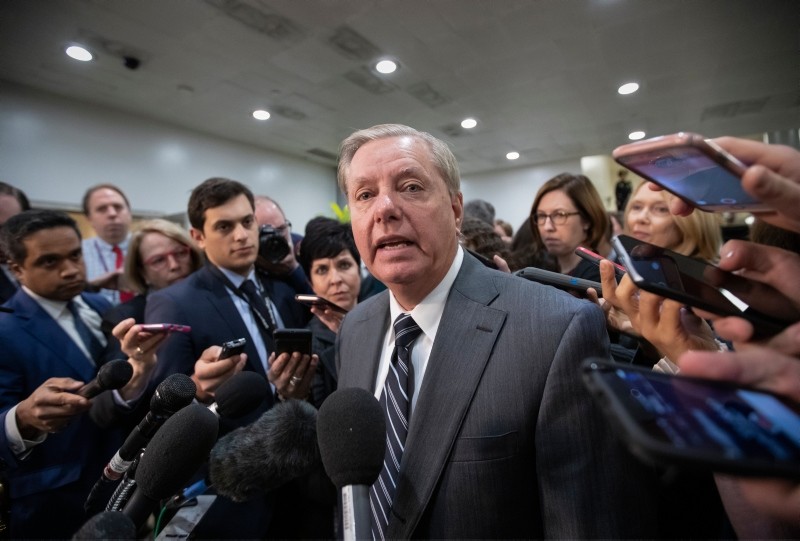 Republican U.S. Senator Lindsey Graham said that there are some elements among the Kurds in Syria who pose a legitimate national security threat to Turkey and that hopes to have a meeting with President Recep Tayyip Erdoğan to discuss the situation in Syria, a statement released by the senator said Saturday.

"I look forward to meeting with President Erdoğan in the near future to discuss common interests and security concerns regarding northeastern Syria," the senator said, adding that there are millions of Kurds living in Turkey, who are vibrant members of Turkish society.

Graham highlighted that Turkey's concern regarding the PKK's Syrian offshoot People's Democratic Units (YPG) elements "must be addressed in a real way to ensure that Turkey's borders are secure and are protected from any threats."

The senator added that any final disposition in Syria needs to address Turkey's national security interests and concerns.

"The mission in Syria is not yet complete and we must continue to work with our partners and allies to ensure that ISIS is destroyed and never returns," Graham said using another acronym for the Daesh terrorists.