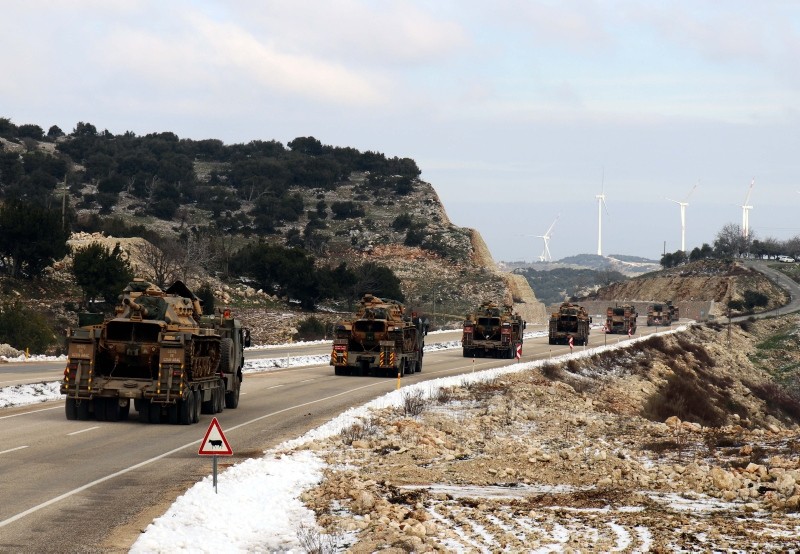 "Of course, this issue will be discussed when President Erdoğan arrives for the next round of talks with President Putin," Lavrov said regarding the meeting, which, according to the Turkish president, will "most likely" be held on Jan. 23.

According to the minister, the safe zone proposal will be assessed by Moscow within the context of the overall evolution of the situation in Syria, including the need to restore Bashar Assad regime's control over the country's territory as soon as possible.

"At the same time, we will fully strive to take into account the interests of all the parties involved, all the neighbors of Syria. And, of course, the security interests of all countries in the region, including Turkey, will be a part of the agreements we will seek," Lavrov said.

Erdoğan announced Tuesday that Turkey would establish a 32-kilometer (20-mile) safe zone in northern Syria along the length of its border with the assistance of the U.S.-led coalition forces. Erdoğan said that he had a positive discussion with his U.S. counterpart Donald Trump over the establishment of the safe zone, something suggested by the Turkish authorities for years now. The president had a phone call with Trump on Monday on the latest developments in Syria and bilateral ties, amid a diplomatic spat over the U.S. withdrawal from Syria.

Presidential Spokesperson Ibrahim Kalın later confirmed that Turkey will have control over the buffer zone.

Lavrov stressed, however, that the Assad regime — Russia's long-time ally — must take control of the country's north.

"We are convinced that the best and only solution is the transfer of these territories under the control of the Syrian government, and of Syrian security forces and administrative structures," the Russian diplomat said.