Çavuşoğlu, Lavrov hold talks ahead of Erdoğan's trip to Russia 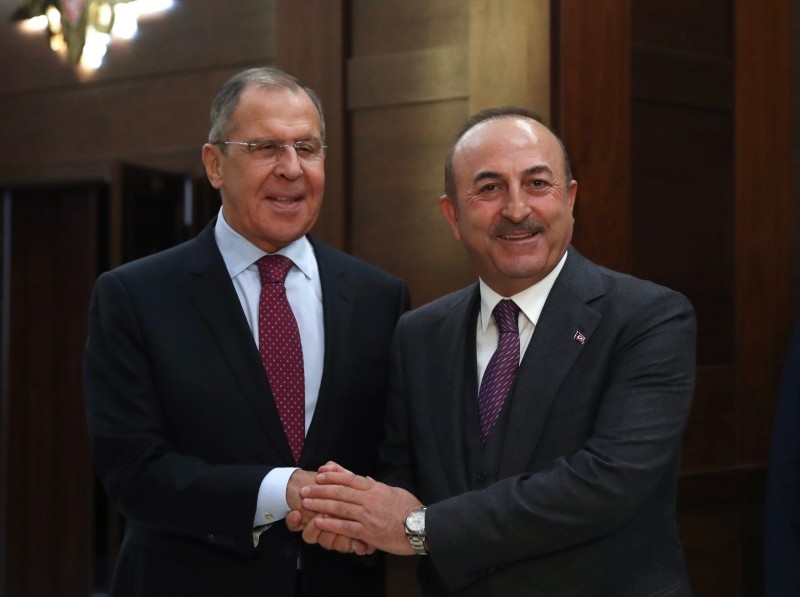 The sources, who spoke on condition of anonymity, did not provide any information regarding the content of talks between the foreign ministers.

President Recep Tayyip Erdoğan and his Russian counterpart Vladimir Putin are set to have their first face-to-face meeting of 2019 on Wednesday.

During Erdoğan's one-day working visit to the Russian capital Moscow, the two leaders will exchange views on regional and international issues, particularly Syria, as well as bilateral relations between Turkey and Russia.

The talks between the presidents are expected to focus on the creation of a Turkey-controlled safe zone in northern Syria.