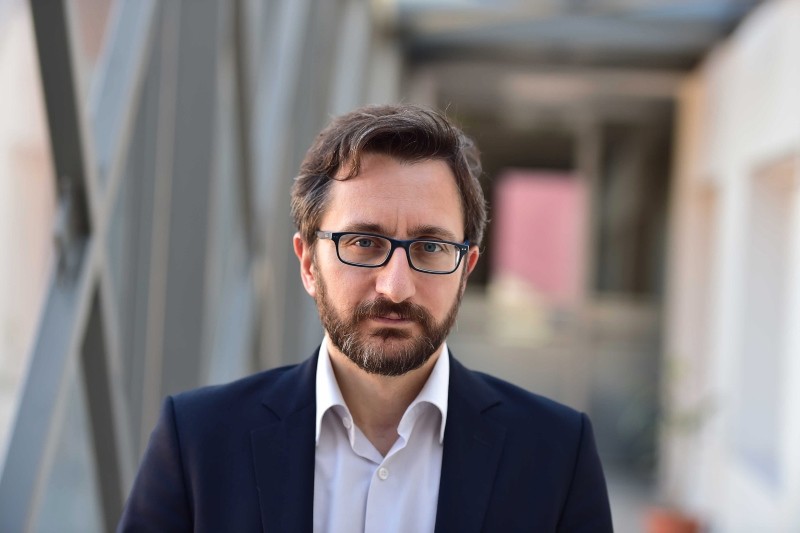 Recent attacks in Syria which came after the U.S.' decision to withdraw its troops from the region shows that the People's Protection Units (YPG) is either "unable or unwilling" to fight the Daesh threat, the Turkish Presidency's Communications Director Fahrettin Altun said in an op-ed published on Al Jazeera Wednesday.

In the op-ed titled "Only Turkey can protect US interests in Syria," Altun said the YPG has not been able to defeat Daesh in region, despite receiving billions of dollars' worth of military support from the U.S.

Altun said the U.S. could "alleviate" the situation in Syria by working with Turkey to implement the Manbij roadmap without further delay.

Turkey and the U.S. focuses in June signed the Manbij deal that foresaw the withdrawal of YPG terrorists from the city to stabilize the region. As part of the agreement, Turkish and U.S. troops began joint patrols in Manbij in November.

Altun noted that Washington must "coordinate with the Turkish military leadership the imminent withdrawal of U.S. forces," and stressed that the U.S. must "support Turkey's efforts to re-stabilize and rebuild terror-stricken areas."

Altun went on to say that Turkey's only objective in Syria was to address the root causes of radicalization to deny Daesh terrorists an opportunity to regroup, to build the physical and social infrastructure to heal the wounds of war, and, by extension, prevent attacks against Turkish citizens.

The U.S. "unwittingly blurred" the line between the Free Syrian Army (FSA) — which is one of the legitimate players in the Syrian crisis — and terrorists in the region by backing the YPG militia, he said.

Speaking about the protection of Kurdish people in the region, Altun called some U.S. officials' remarks that Ankara would "slaughter the Kurds" a mistaken belief, saying Turkey was a "safe haven" for Kurdish people.

The withdrawal plans came on the eve of a possible Turkish military operation in northeastern Syria against the YPG/PKK terrorist group.

The YPG is the Syrian branch of the PKK terror group, which caused the deaths of tens of thousands of people in Turkey, including women and children.

Turkey has long objected to the U.S. giving support and weapons to the YPG/ PKK, arguing that using one terrorist group to fight another makes no sense.