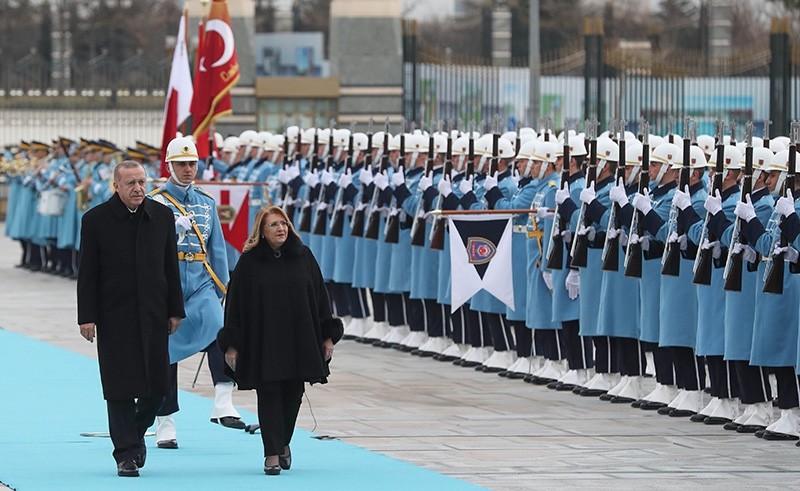 Erdoğan welcomed Preca, who is paying her first-ever official presidential visit from Malta to Turkey, with an official ceremony at the Presidential Complex.

The leaders held a joint news conference after one-on-one and inter-delegation meetings.

Erdoğan and Preca said they discussed bilateral relations and ways to further strengthen the cooperation between the two countries.

"Visa-free travel to Europe and updating the Customs Union deal will affect our relations with Malta with more service, investment, and tourism," he said.

He said Turkey hopes Malta will continue supporting Turkey in its relations with the European Union.

"Only a quarter of the 6 billion euros (for Syrian refugee aid) promised by the EU has been provided to Turkey so far," Erdoğan said during the news conference.

Preca, for her part, said Malta would continue supporting Turkey's EU membership process, calling it a necessity for a prosperous Europe.

"(President Donald) Trump's attitude has shocked me. One has to respect what comes out of the ballot box. We are against all undemocratic bids," he said.

"I believe the people of Venezuela will continue to support Maduro, who has emerged victorious from the polls," he added.