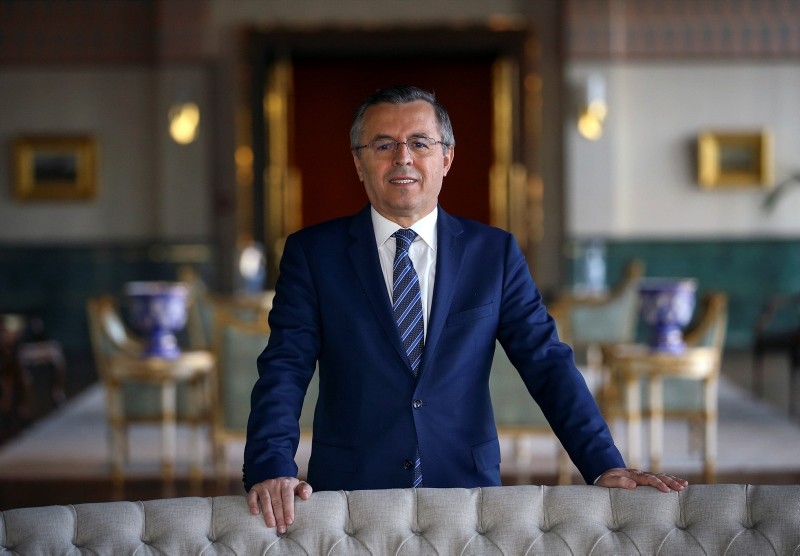 Presidential Press Officer Lütfullah Göktaş was appointed as the Turkish Ambassador to the Vatican, according to a presidential decree published in the Official Gazette Friday.

Göktaş's former post, the position of presidential press officer, will be transferred to the office of presidential communications, currently chaired by Fahrettin Altun.

In a statement released on his official Twitter and Instagram accounts, Göktaş said he is honored to have served President Recep Tayyip Erdoğan as his press officer for the past eight years.

Göktaş thanked the president for his appointment as the Turkish Ambassador to the Vatican and being a part of Erdoğan's team.

"This period [the past eight years] has been the busiest, productive, and the most priceless I have ever experienced in my life," Göktaş said, noting that he experienced seven elections, many obstacles, including terrorist attacks, the Gezi Park incident, a coup attempt, and much more.

The newly appointed ambassador said that his experiences, especially the master's degree he completed at the Pontifical Gregorian University in the 1990s and his expertise regarding the Vatican will allow him to duly perform his new duties.

Born in 1963, Göktaş completed his B.A. in theology and philosophy at the Marmara University in Istanbul, followed by a master's degree in the history of religions at the Pontifical Gregorian University.

He also worked as a journalist and his works on foreign policy, inter-religious and cultural relations and Arabic literature have been published in numerous newspapers and magazines.

He is fluent in Italian and has also served as Erdoğan's interpreter during his meetings with the Pope in the Vatican.

Göktaş was also awarded an Italian order for his work.