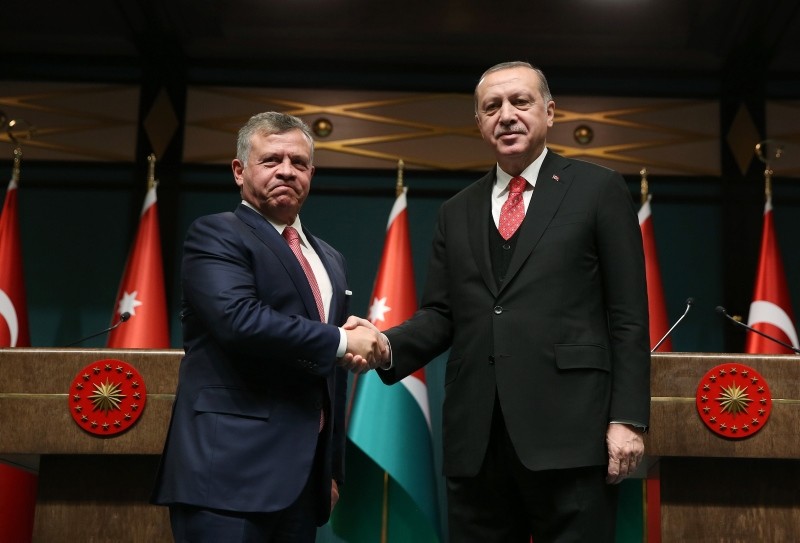 According to a statement by the Presidential Press Center, the king's two-day visit will include a thorough handling of all aspects of bilateral relations between the two countries and steps to increase cooperation in various fields.

The talks between the two leaders and delegations are also expected to include regional and international developments, primarily issues related to Palestine.

King Abdullah II last visited Turkey in early December 2017, prior to the controversial move by the U.S. to recognize Jerusalem as Israel's capital.