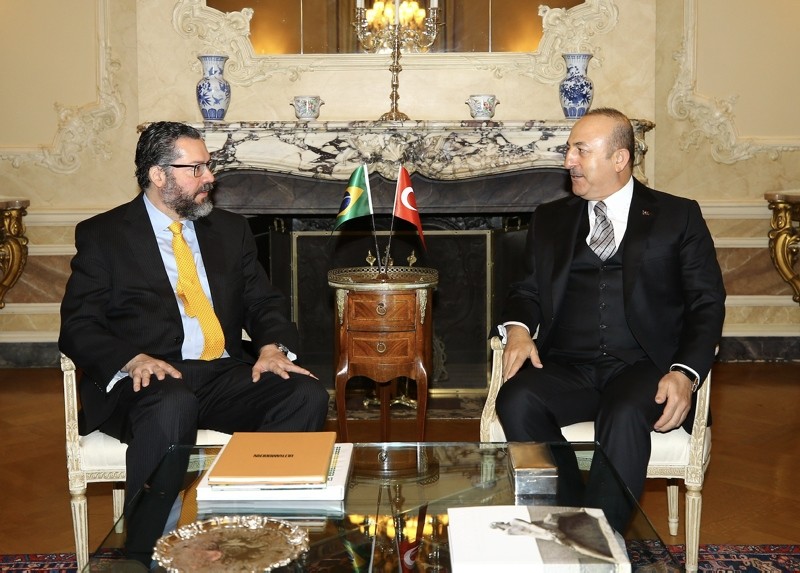 Foreign Minister Mevlüt Çavuşoğlu on Wednesday shared with his Brazilian counterpart Turkey's concerns about the country's plans to move its embassy in Israel to Jerusalem.

In a message posted on his Twitter account, Çavuşoğlu said that he conveyed Turkey's concerns regarding the move to his Brazilian counterpart Ernesto Araujo.

In November, Brazilian President Jair Bolsonaro announced he intended to move the embassy from Tel Aviv to Jerusalem, following the U.S., which had done so earlier in the year.

The Organization of Islamic Cooperation (OIC) responded to the announcement, denouncing the move as "illegal."

"The declaration was a flagrant violation of international law and of all relevant U.N. resolutions," said the OIC.

Guatemala followed in the footsteps of the U.S, and Honduras is considering the move.

The status of Jerusalem, home to sites holy to the Jewish, Muslim and Christian religions, is one of the thorniest obstacles to forging a peace deal between Israel and the Palestinians. Israel claims as its capital all of the city, including the eastern sector that it annexed after the 1967 war in a move not recognized internationally. But the Palestinians want East Jerusalem for the capital of a future state they hope to establish in the occupied West Bank and Gaza Strip. Negotiations between the two sides broke down in 2014.