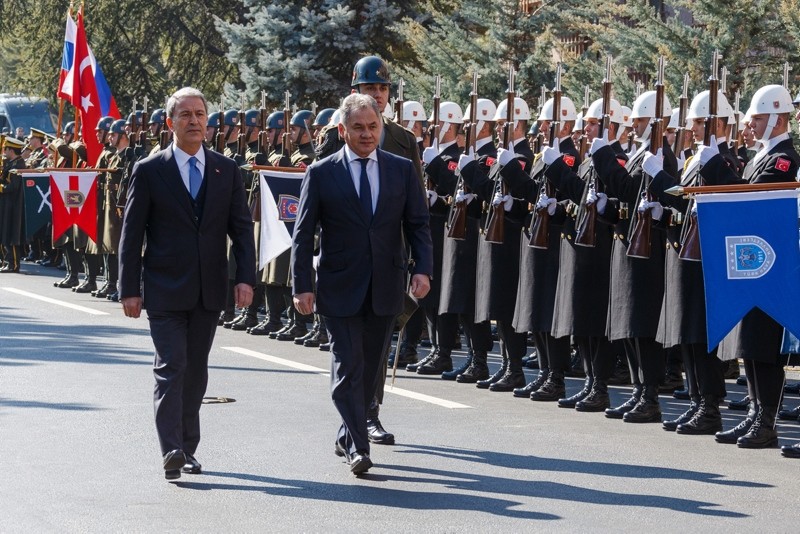 Ankara and Moscow did a "significant job" in Syria's Idlib, and have agreed to take decisive measures to stabilize the situation there, Russian Defense Minister said Monday.

Shoigu noted that he expects further coordination with Ankara on main issues after meeting with Turkish counterpart.

Akar chaired talks with his Russian counterpart and the delegations at the Defense Ministry.

"Turkey is talking with Russia at all levels to restore peace and stability in the region and protect interests of both countries," Akar said.

He also said that efforts to boost bilateral relations are "valuable" and will contribute to peace and regional stability.

The meeting comes ahead of a planned summit on Syria between the leaders of Turkey, Russia and Iran in the Russian resort city of Sochi on Thursday.