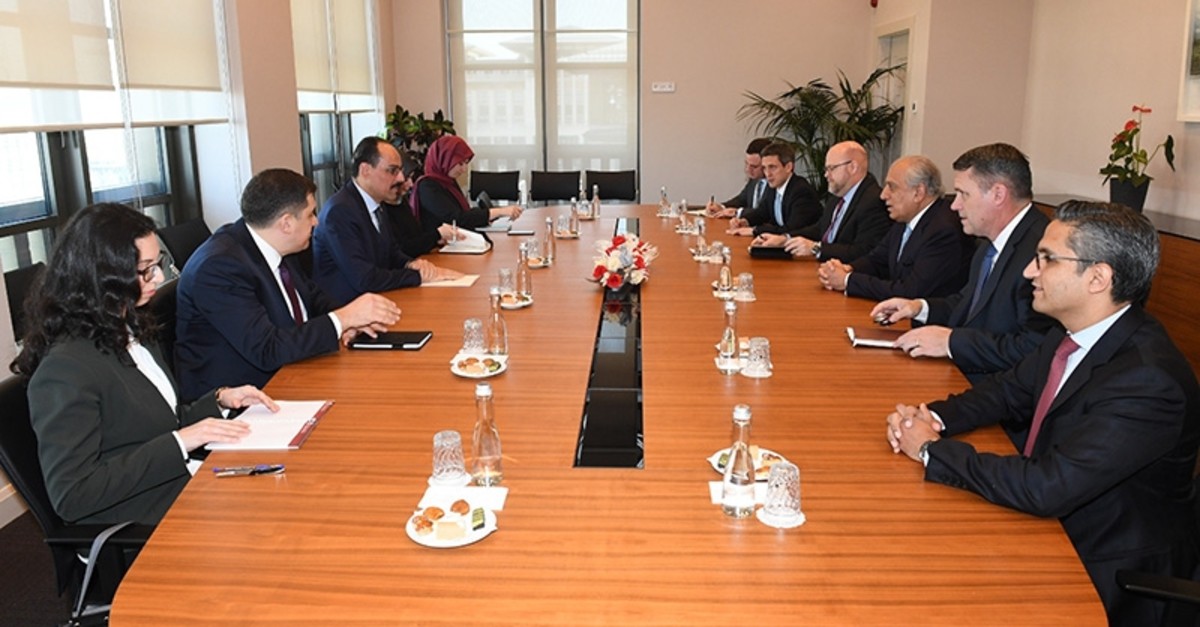 Presidential Spokesman Ibrahim Kalın on Thursday received the U.S. special envoy for Afghanistan, according to a presidential source.

Kalın and Zamay Khalilzad discussed the ongoing negotiation process and latest developments in Afghanistan, solidarity and political stability during the meeting, the source said on condition of anonymity due to restrictions on speaking to media.

The two highlighted the importance of deep-rooted historical and cultural ties, friendship and brotherhood between Turkey and Afghanistan in providing lasting peace and sustainable stability and security environment in Afghanistan.

Khalilzad is in Ankara for a fresh round of Russia-U.S. talks on Afghanistan on Friday. Turkey was chosen as the location for the talks as a neutral venue in the region.

Among other issues, the sides plan to discuss convening another round of the Moscow conference on the Afghan settlement, he said.

The last meeting of the two sides took place in December 2018 in Moscow where they also met with Taliban leaders.

The U.S. is leading a round of talks with the Taliban and regional stakeholders aimed at ending the war in Afghanistan.

While the Taliban have held talks with Afghan politicians and U.S. officials, they refuse to recognize or negotiate with the Kabul government -- a rough patch that all sides are trying to resolve.

Kabul maintains that any peace plan should be Afghan-owned and Afghan-led.