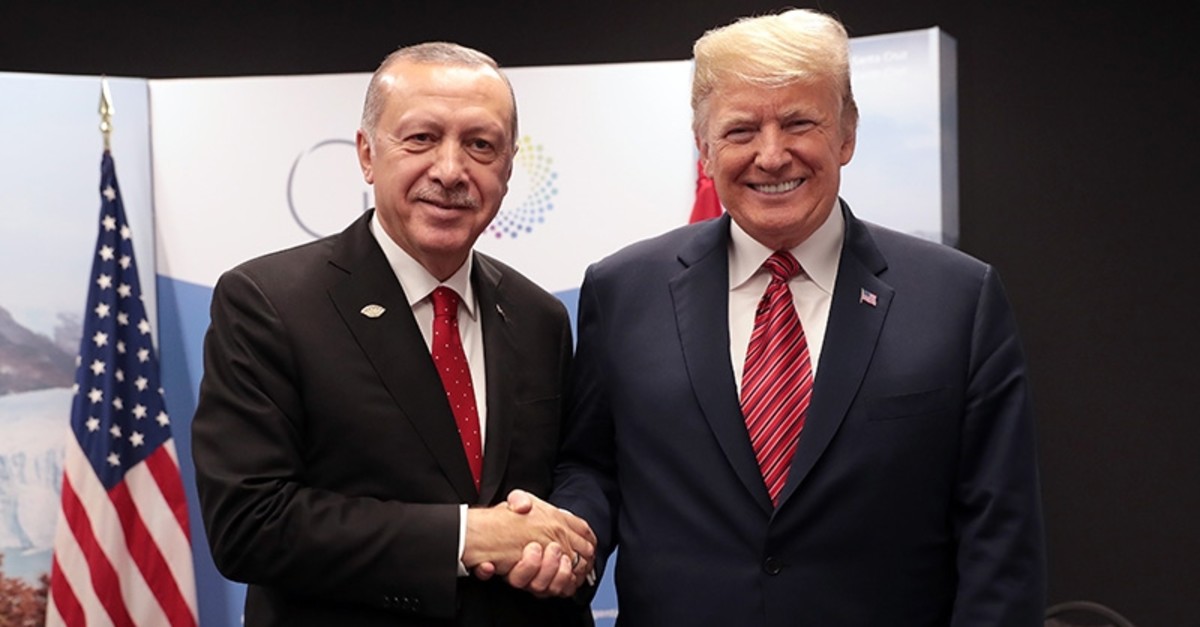 During the call, the presidents discussed the latest developments in Syria, reiterating joint commitment to fighting terror and agreeing to support a political resolution to the conflict.

Erdoğan and Trump also emphasized their commitment to boosting economic relations between the two countries.

In December, Trump announced that the U.S. would withdraw its troops from Syria, saying that Daesh was defeated.

Days after, Erdoğan pledged that Turkey would take over the fight against the remnants of Daesh in Syria but put the likely operation east of the Euphrates against the PKK-affiliated People's Protection Units (YPG) on hold.

This development was quickly also interpreted as an intention to halt U.S. support for the Syrian Democratic Forces (SDF), which is an umbrella group consisting mostly of YPG terrorists, and received serious criticism from within the White House.

Ankara and Washington have been at odds for some time now due to the latter's close partnership with the YPG. Turkey sees the YPG as an extension of the PKK, which has claimed the lives of more than 40,000 people its 30-year terror campaign against Turkey.

The U.S., however, while listing the PKK as a terrorist group, opted to continue its steadfast militarily support for the terrorist organization under the pretext of fighting Daesh despite the warnings of its NATO ally.