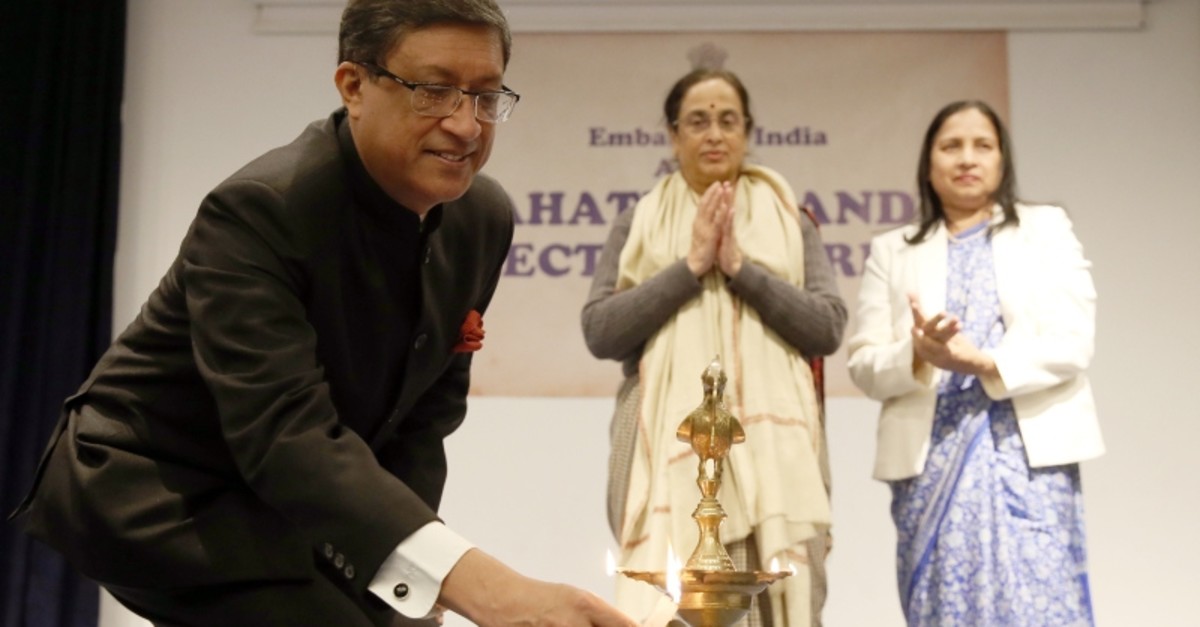 The embassy organized a "Mahatma Gandhi Lecture Series" to commemorate the 150th birth anniversary of Gandhi.

Speaking at the event, Sanjay Bhattacharyya, Indian ambassador to Turkey, said Gandhi gives "highest priority to the observance of truth" and "understanding of non-violence."

Bhattacharyya said Gandhi, an internationally renowned Indian independence campaigner, believed in fighting inequality and showed that non-violence is a positive force and a powerful weapon.

She also said Turkey and India have a "close" relationship, underlining nearly 9,000 common words in Turkish and Indian languages.

A visual presentation about Gandhi, as well as a cultural song was displayed at the event.

Ambassadors and representatives from a number of embassies, ministries and government offices also attended the event.