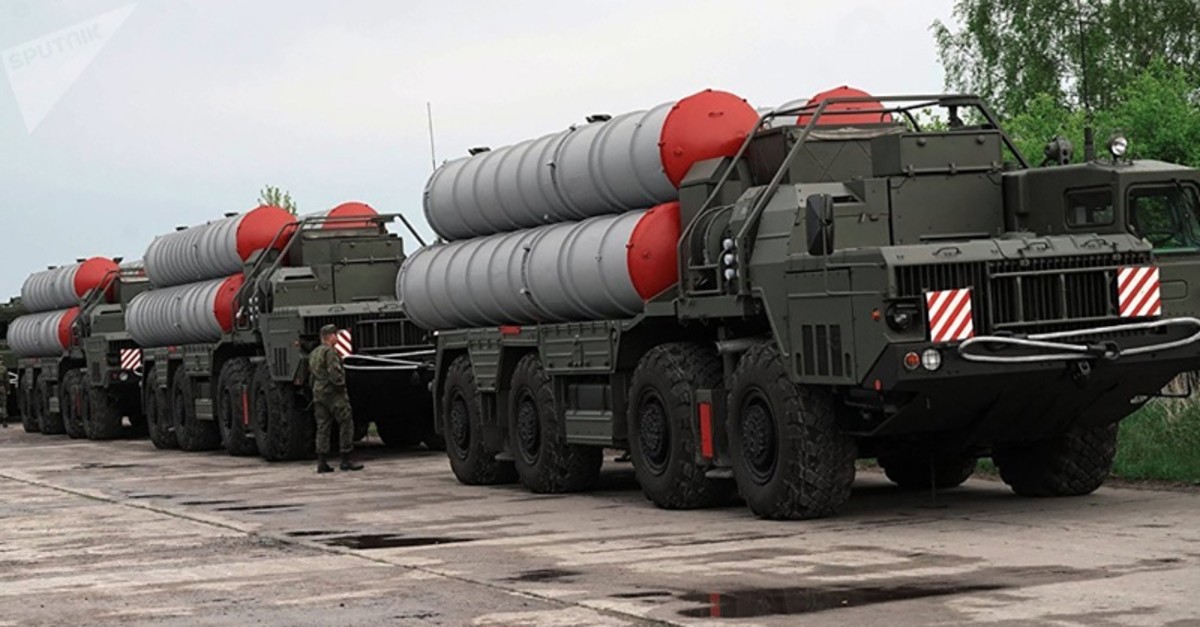 "There's no need to explain anything about the S-400s since it is already a done deal," Çavuşoğlu said, adding that Turkey would not break its agreement.

"Others' commentary is not of interest to us," he added.

U.S. officials have threatened their NATO ally that purchasing the S-400 system could jeopardize Turkey's purchase of Lockheed Martin Corp F-35 fighter jets and possibly result in U.S. sanctions. In multiple negotiation talks with a U.S. delegation, Turkey has emphasized that it needs both the S-400 and Patriot systems.

Turkey has been trying to purchase the air defense system from the U.S. for some time, but was unable to get a commitment from Washington when it was needed the most. As the U.S. failed to meet the defense needs of its NATO ally, Turkey turned to Russia to purchase the S-400 missile system in 2017, causing a major political impasse between the two countries.

On Dec. 19, the U.S. State Department approved a possible sale of the Patriot air and missile defense system. The move was regarded as a breakthrough development after Washington's delay of the F-35 jets to Turkey due to its purchase of the Russian-made S-400 defense system.

Çavuşoğlu also said that Washington lacks a comprehensive strategy on Syria, revealed by the varied actions discussed by U.S. officials since President Donald Trump's announcement that U.S. troops would withdraw from Syria.

"After the U.S. withdrawal decision, varying attitudes were discussed and shared. Essentially, this shows that the U.S. does not have a full strategy (in Syria)," Çavuşoğlu said.

"We tried to be helpful on this subject," he added, stressing the importance of coordinating U.S. withdrawal from the war-torn country.

Çavuşoğlu said the allies' "understanding must also overlap" in regard to safe zones and other topics, adding that the countries joint working group has gathered for that purpose.

Çavuşoğlu said joint action plans on Syria would be shared at meetings on Wednesday.

In mid-December, Trump announced that the U.S. would withdraw its troops from Syria, saying that the only reason U.S. troops were in Syria was to defeat Daesh, which he said was accomplished.

Trump's swift decision sparked the resignation of his former Defense Secretary James Mattis and has raised a range of criticisms.

The development was quickly also interpreted as an intention to halt U.S. support for the Syrian Democratic Forces (SDF), which is an umbrella group consisting mostly of PKK-affiliated People's Protection Units (YPG) terrorists.