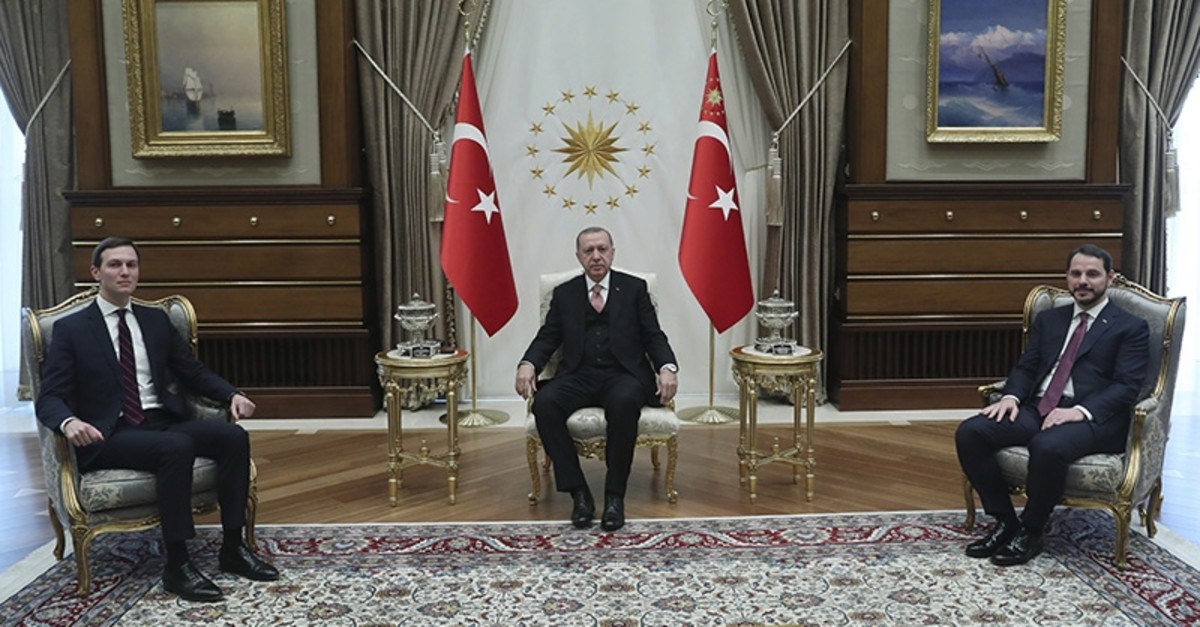 They discussed regional issues and the U.S. plan for peace in the Middle East.

"In a head-to-head meeting with Mr. Kushner, we discussed steps to increase economic cooperation between our countries," Albayrak wrote on Twitter following the meeting.

Kushner's visit comes amid Ankara's ongoing dialogue with Washington to coordinate a U.S. withdrawal from Syria.

Kushner and Trump's Middle East envoy Jason Greenblatt began a week-long regional tour on Monday, meeting with the leaders of Oman and the UAE. They will also visit Saudi Arabia and Qatar, a White House official told the Daily Sabah on Tuesday.

Kushner is responsible for Washington's Israel-Palestinian policy. Regarding the Palestinian conflict, Ankara and Washington have differing standpoints. Turkey has been one of the most vocal critics of the U.S. move to recognize Jerusalem as Israel's capital and open an embassy there.

Kushner had previously said this month that the Trump administration would unveil its much-awaited Middle East "Deal of the Century" after Israeli elections on April 9.

It is expected that the Israeli-Palestinian conflict and Iran's military activities in the region, primarily in Syria, will be at the center of the U.S. peace plan. New investments may be made and economic opportunities may be created, especially for the Palestinians.

Turkey and Israel expelled each other's top diplomats last May during a row over clashes where dozens of Palestinians were killed by Israeli forces on the Gaza border.