US envoy Jeffrey to visit Turkey for talks on Syria withdrawal, S-400 purchase 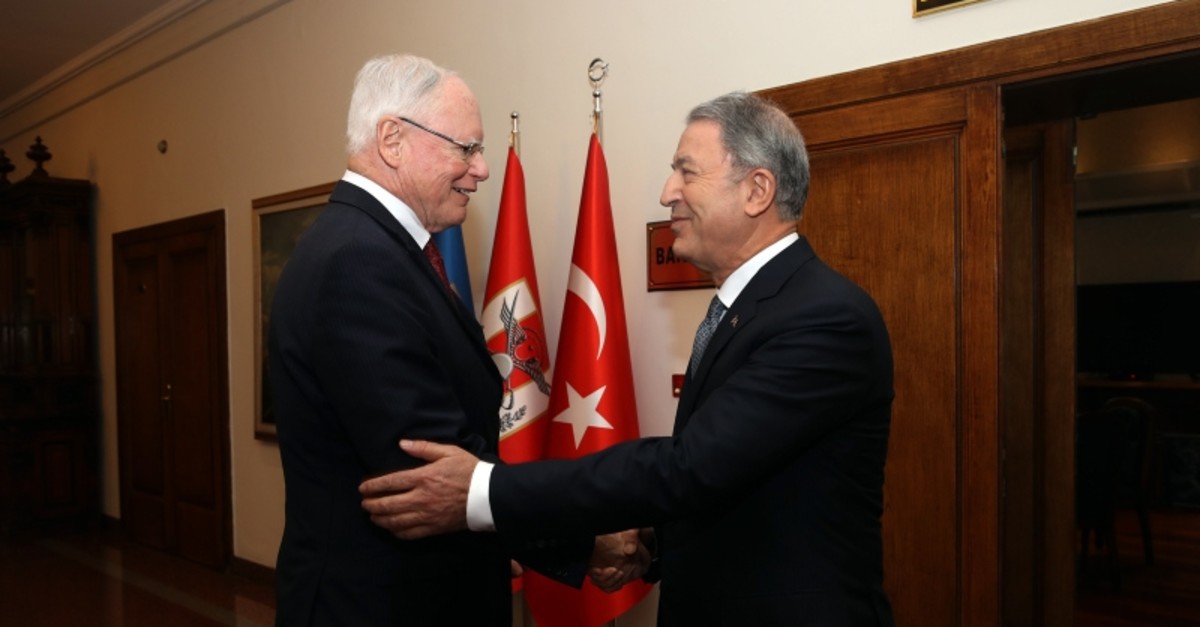 U.S. Special Representative for Syria Engagement and the special envoy for the anti-Daesh coalition, James Jeffrey arrived in Ankara on Monday to discuss issues related to Syria and Ankara's purchase of the S-400 missile defense system.

The coordination on the U.S. pullout from Syria, strategies for a post-U.S. period in the northern parts of the country controlled by the PKK terrorist group's Syrian offshoot the People's Protection Units (YPG), the fight against PKK and Daesh, implementation of the Manbij road map, and the S-400 purchase from Russia are among the top issues on the agenda between the two countries expected to be discussed between Jeffrey and the Turkish delegation, which is headed by Deputy Foreign Minister Sedat Önal.

A Turkey-U.S. joint task force established to coordinate U.S. withdrawal from Syria met in Ankara on Thursday and Friday. The meetings focused on details of troop withdrawal from east of the Euphrates and Manbij, the safe zone to be established in northern Syria, and Washington's vow to take back weapons given to the terrorist PKK-affiliated People's Protection Units (YPG).

U.S. President Donald Trump announced mid-December that the U.S. would withdraw its troops from Syria, noting that the only reason U.S. troops were in Syria was to defeat Daesh, which he said was accomplished, later saying that "local countries," including Turkey, should "take care" of the situation and deal with the remaining terror threat.

The U.S. currently has more than 2,000 troops deployed in Syria, but announced last December that they were leaving, revising their statement last week to say some 200-400 would stay.

One of Turkey's top concerns is that U.S., while withdrawing, takes back the weapons and ammunition it gave to the YPG, as it pledged.

Jeffrey, a former ambassador to Turkey, has also confessed that the Democratic Union Party (PYD) and its armed wing, the YPG, are indeed the Syrian affiliates of the PKK, which is recognized as a terrorist group by the U.S. and EU as well.

"That local partner since 2014 has been the Democratic Union Party which is the Syrian offshoot of PKK but we have not designated it as a terrorist organization, which we did with the PKK," Jeffrey said earlier.

In its more than 30-year terror campaign against Turkey, the PKK -- listed as a terrorist organization by Turkey, the U.S. and the EU -- has been responsible for the death of some 40,000 people.

On the purchase of the S-400 defense systems, U.S. officials have threatened their NATO ally that purchasing it could jeopardize Turkey's purchase of the Lockheed Martin Corp F-35 fighter jets and possibly result in U.S. sanctions. In multiple negotiation talks with a U.S. delegation, Turkey has emphasized that it needs both the Russian-made S-400 and U.S.-made Patriot systems.

Turkey has been trying to purchase the Patriot air defense system from the U.S. for some time, but was unable to get a commitment from Washington when it was needed the most. As the U.S. failed to meet the defense needs of its NATO ally, Turkey turned to Russia to purchase the S-400 missile system in 2017, causing a major political impasse between the two countries.