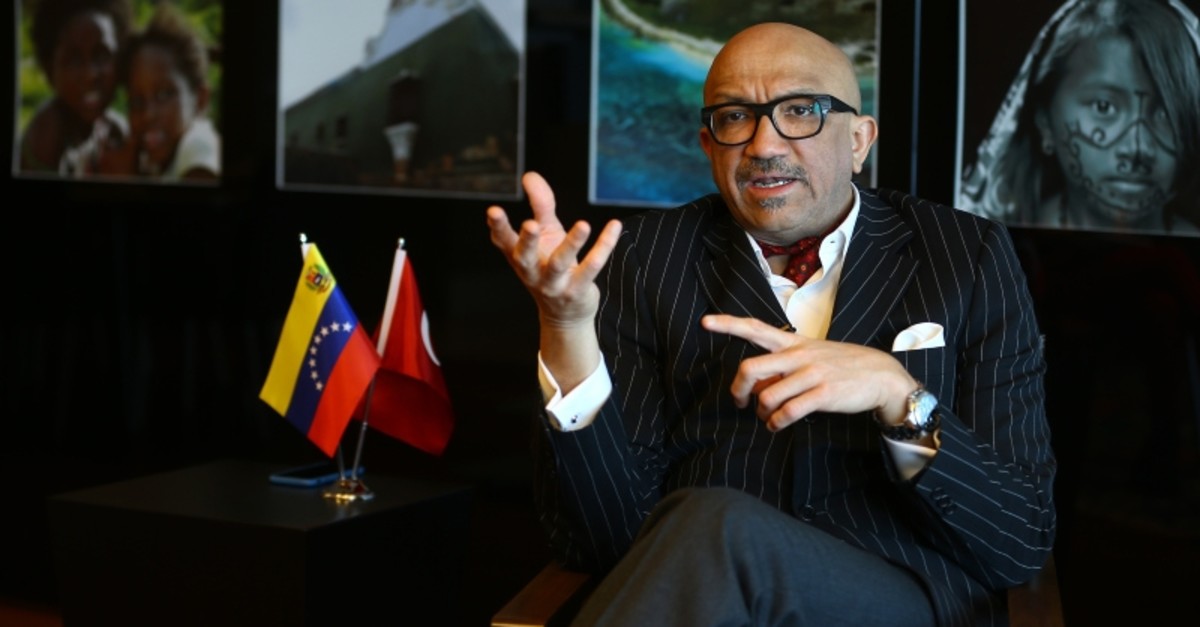 "We would be happy if Turkey acts as an intermediary because Turkey is a very sincere country. However, I am not sure whether the opposite side will accept this. I do not know whether the opposition would sit at a dialogue table," Jose Gregorio Bracho Reyes told Anadolu Agency on Wednesday.

Reyes added that Venezuela's only and elected president is Nicolas Maduro.

Tensions escalated when Juan Guaido, who heads Venezuela's National Assembly, declared himself acting president on Jan. 23, a move which was supported by the U.S. and many European and Latin American countries.

Reyes said Turkey has been a "prominent supporter" for Venezuela in their times of crisis.

Turkey along with Russia, Iran and China have put its weight behind Maduro.

"We only want peace," Reyes said.

Criticizing the U.S. for interfering in Venezuela's internal affairs, the ambassador said: "The U.S and its allies are trying to divide the Venezuelan army and create instability.

"Maduro faced a harsh economic war after his election. He is being asked to leave the office, break institutional ties and leave the country. They [U.S.] resort to illegal methods by supporting a parallel government."

Maduro insists he is a victim of a U.S.-orchestrated coup amid a spiraling economic and humanitarian crisis in the country.

U.S. President Donald Trump has pointed to military intervention as among a number of options he could choose to help resolve the crisis.

Slamming the U.S. sanctions put on the country, Reyes said: "They better stop sanctions so we can trade and help our people."

He also said that Venezuela's intention is to benefit its people by exerting economic independence and operating oil revenues.

The ambassador added the oil prices were "deliberately" reduced in order to economically collapse Venezuela.

Reyes stated that Venezuela lost nearly $350 billion since the sanctions came into force.

Venezuela is experiencing widespread shortages of food and medicine and has the highest inflation rate in the world, according to the International Monetary Fund.