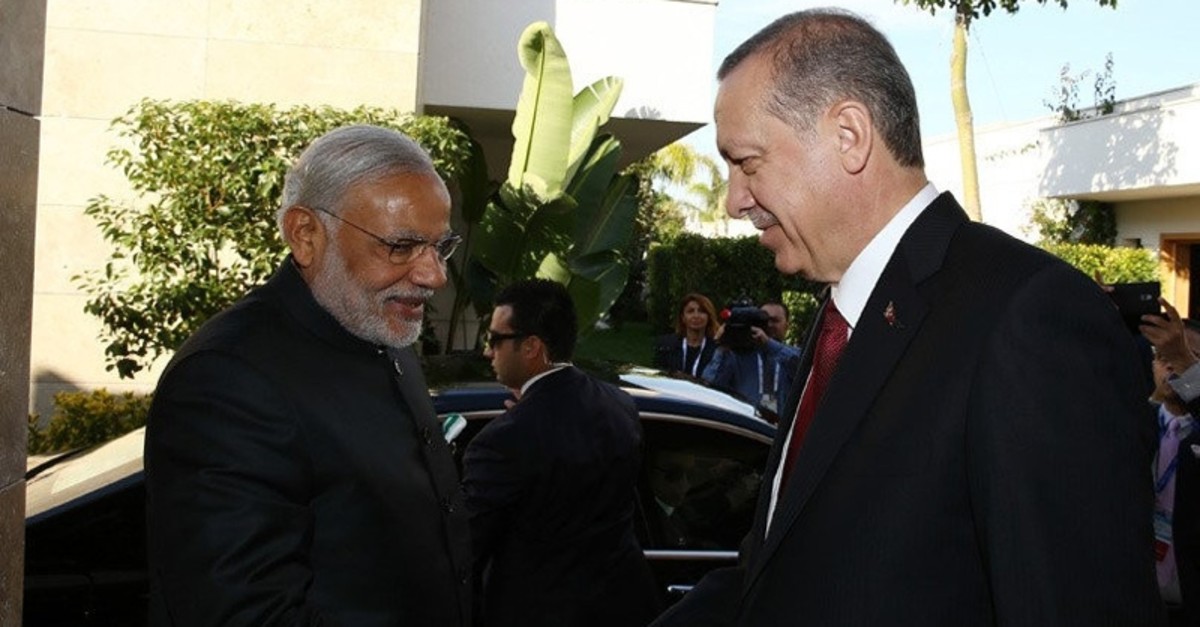 According to Turkish presidential sources, the leaders discussed bilateral ties between Ankara and New Delhi, as well as ways to diplomatically resolve recent conflict between India and its neighbor Pakistan.

Tensions between Pakistan and India, two nuclear-armed rivals, have soared since a suicide bombing in Kashmir on Feb. 14 by Pakistan-based Jaish-e-Mohammed militants killed 40 Indian paramilitary troops. India has long accused Pakistan of cultivating such militant groups to attack it. Pakistan has denied any involvement in the suicide attack.

Indian aircraft then crossed into Pakistan, carrying out what India called a pre-emptive strike against militants blamed for the bombing. Pakistan retaliated by shooting down two Indian fighter jets and detaining a pilot, who was returned to India as a peace gesture.

Erdoğan, along with other world leaders and international bodies, urged New Delhi and Islamabad to show maximum restraint to avoid further escalating the conflict into an all-out war.

Modi is focused on national elections slated for April and May, in which his Hindu nationalist Bhartiya Janata Party (BJP) seeks a second term.