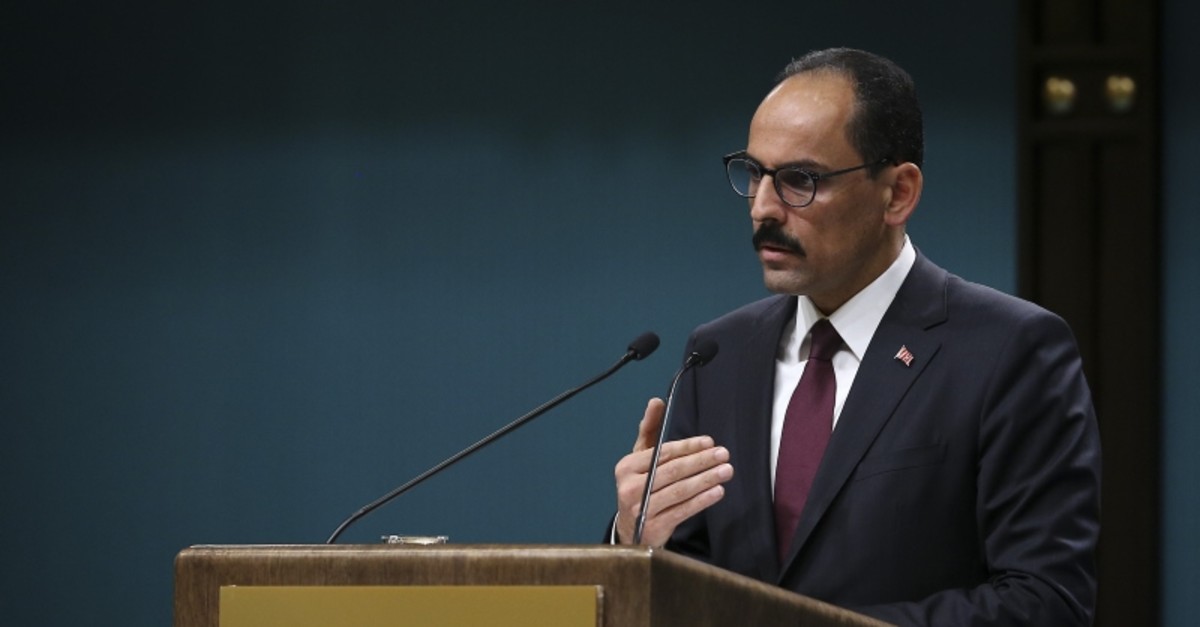 Turkey strongly condemned Israeli Prime Minister Benjamin Netanyahu's "blatant racism" after he said the country was the nation-state of "the Jewish people" only, not all its citizens.

Kalın continued by asking if the Western governments will react to such a controversial statement or remain silent amid pressure.

Ahead of the April 9 elections, Netanyahu said Israel "was not a state of all its citizens" in reference to the country's Arab population.

"According to the basic nationality law we passed, Israel is the nation-state of the Jewish people -- and only it," he said.

Netanyahu has been criticized for demonizing and marginalizing the country's Arab population, which makes up around 17.5 percent of the total population.