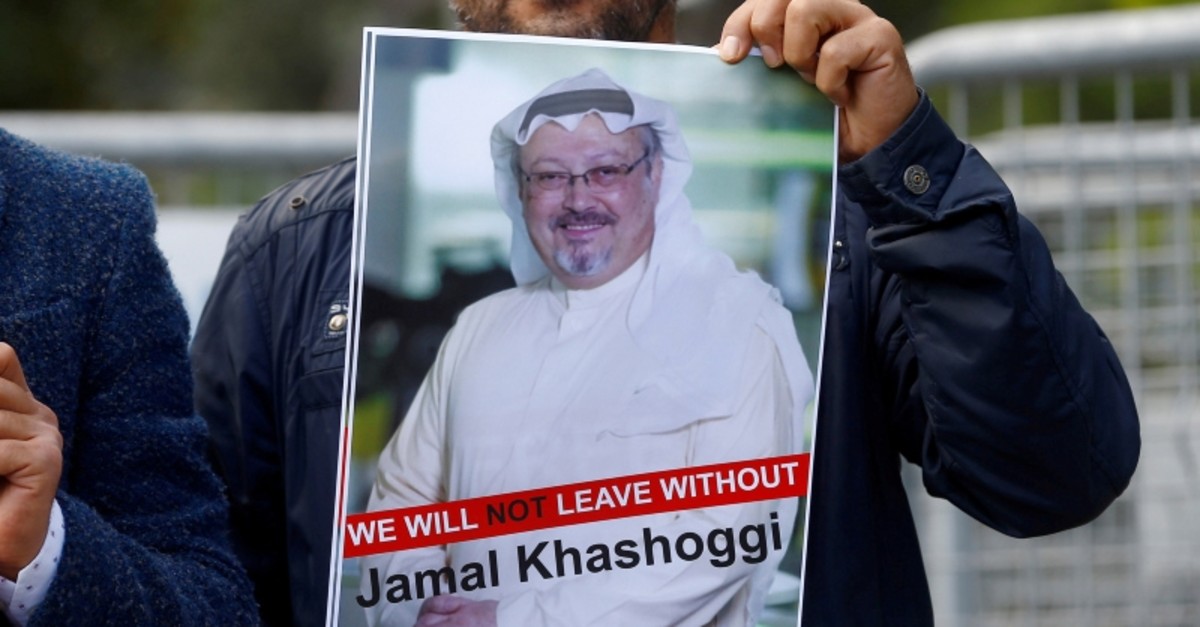 Saudi Arabia must name the defendants on trial for murdering journalist Jamal Khashoggi and disclose all the charges against them, Turkey's Presidential Communications Director Fahrettin Altun said in a statement Thursday.

"We urge Saudi Arabia to tell the world which individuals are currently on trial on what charge(s)," Altun said, to lay to rest any doubts that may arise about the "sincerity" of the judicial proceedings in the kingdom.

His comments came hours after the head of the Saudi human rights commission said the kingdom was bringing those accused of the murder to justice and rejected an international investigation into the case.

Three dozen countries, including Turkey, called on Saudi Arabia last week to cooperate with a U.N.-led investigation into the murder of Khashoggi, a Washington Post columnist and critic of the kingdom's rulership.

Expressing Turkey's deep concerns about Bandar bin Mohammed Al Aiban's objection to an international probe, Altun said they couldn't understand why a human rights official would refuse and be unsettled by efforts to bring the circumstances surrounding Khashoggi's death to light, especially after a united global call.

"We would like to assume that Mr. Al Aiban's remarks reflected his personal views rather than the official position of the Kingdom of Saudi Arabia – our friend and kin," the communications director said.

He reiterated that it was a requirement of international law and order to bring to justice all murderers and instigators, adding that shedding light on the case will also help the kingdom safeguard its international reputation.

"Turkey will continue to serve the cause of justice until Jamal Khashoggi's body is found, the local collaborator(s) are identified, and those who ordered the hit are revealed," Altun concluded, once again emphasizing that the incident must be investigated "to the last detail" and "without being politicized."

Khashoggi was killed in the kingdom's Istanbul Consulate on Oct. 2, 2018, by a team of 15 people consisting of Saudi officials who arrived in Turkey for his murder and a cover-up team also in charge of dismembering Khashoggi's body.

Aiban, speaking before the U.N. Human Rights Council in Geneva on Thursday, insisted that his country was taking all the "measures required for us to resolve this heinous crime."

He insisted that his country was "horrified by what has happened pursuant to this unfortunate accident."

He told the council that most of the recommendations Riyadh had received regarding how to pursue the Khashoggi case during the so-called Universal Periodic Review (UPR) in November were already guaranteed by its constitution.

The suspects, he said, "were entitled to a fair trial... and none of their human rights have been violated, and they have been subjected to no form of torture or cruel and inhuman treatment."

"They are entitled to legal council, and they have also been informed of their rights to resort to the services of council during the investigation phase and during the trial," he said.

Aiban said that there had so far been three hearings, and that the accused and their lawyers had been present.

He also said "representatives of international organizations as well as NGOs and other stakeholders... were able to monitor and see how the court cases were unfolding," but did not specify which organizations had been permitted into the proceedings.

But he said Saudi Arabia could not accept recommendations during the UPR for the country to allow international experts to participate in the investigation and to oversee the process.