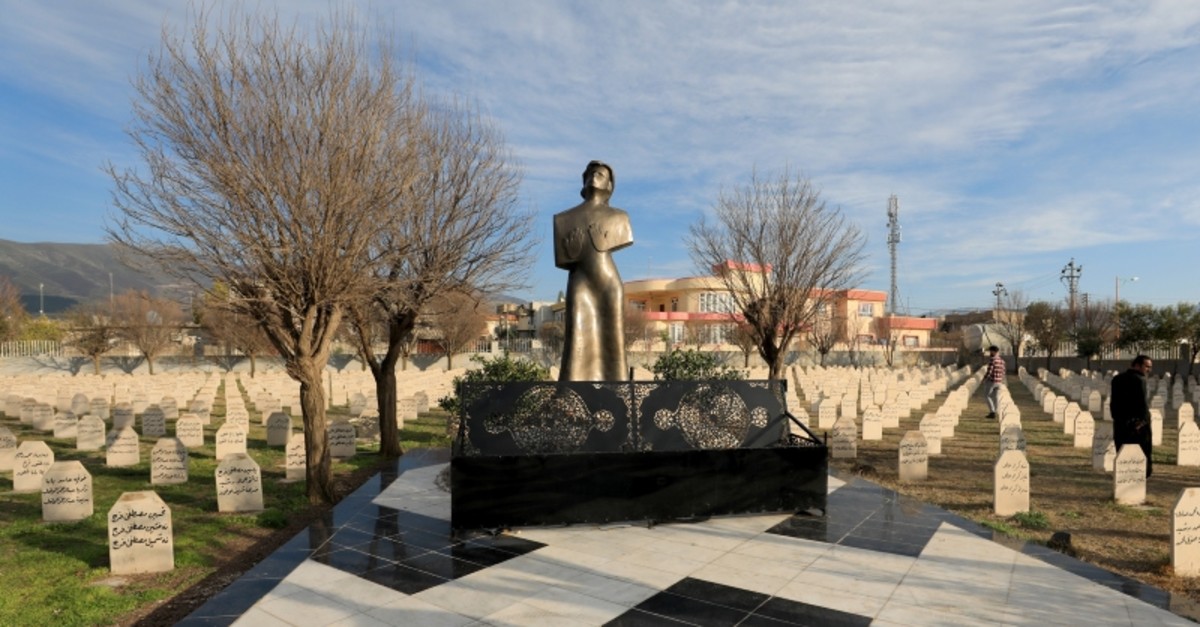 President Recep Tayyip Erdoğan remembered the victims of the Halabja Massacre on its 31st anniversary on Saturday.

On March 16, 1988, thousands of Kurds in northeastern Iraq were killed and injured in an attack carried out by Saddam Hussein's Ba'ath regime.

In a Twitter post, Erdoğan said the chemical attack on the Kurdish-populated Iraqi city of Halabja is a "wound opened in the conscience of humanity" that is still fresh today.

"I wish God's mercy for our Kurdish brothers who lost their lives in the Halabja Massacre that went down as a black mark on history," wrote Erdoğan.

Between 5,000 and 7,000 Kurds were estimated to have been killed during the Iran-Iraq war when forces loyal to Saddam Hussein dropped toxic mustard gas and sarin nerve gas on Halabja.

Thousands of others died of complications, illnesses and birth defects in the following years. Many Halabja residents still suffer from the physical effects of the attacks.