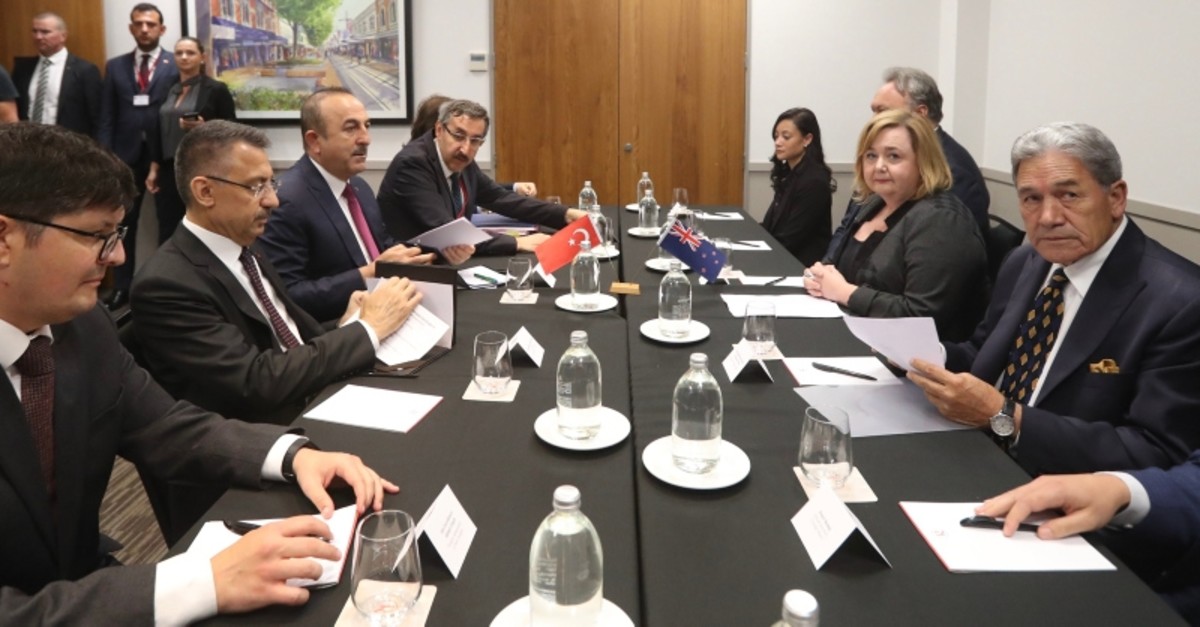 A high-level Turkish delegation arrived in New Zealand's Christchurch city on Sunday to pay respects to the victims of Friday's twin terrorist attacks.

Oktay later on Sunday called for a joint stance against all terror attacks during his visit to New Zealand, terming the twin attacks which killed at least 50 people a clear "act of terrorism."

Fuat Oktay's remarks came during his meeting with Winston Peters, the deputy prime minister and foreign minister of New Zealand.

Çavuşoğlu also accompanied him during the gathering which was closed to press.

They were informed about the latest condition of the injured Turks and investigation into the attacks.

The Turkish side offered "every kind of support" in the fight against terrorism. 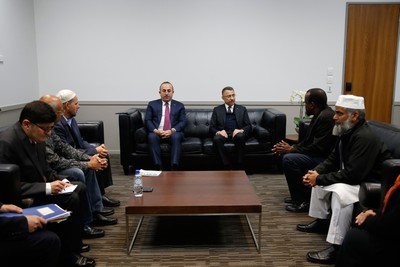 Stating that it was "saddening" to see the rise of far-right sentiment as well as racism and anti-Muslim hatred, they said that it was clear that these extremist approaches encourage terror-prone individuals.

Oktay and Çavuşoğlu also met with the Federation of Islamic Associations of New Zealand (FIANZ) Chairman Mustafa Faruk and his delegation.

They are expected to visit the sites where the bloody attacks took place on Monday.

Speaking at a press conference, New Zealand's Prime Minister Jacinda Ardern expressed her gratitude over the arrival of the Turkish delegation.

The delegation from Turkey, a Muslim-majority country, has arrived to show their support to Muslims, she said.

At least 50 people were killed as a gunman opened fire on worshippers during Friday prayers at the Al Noor and Linwood mosques in Christchurch.

Three Turks are among the wounded in the attacks, according to President Erdoğan on Saturday.