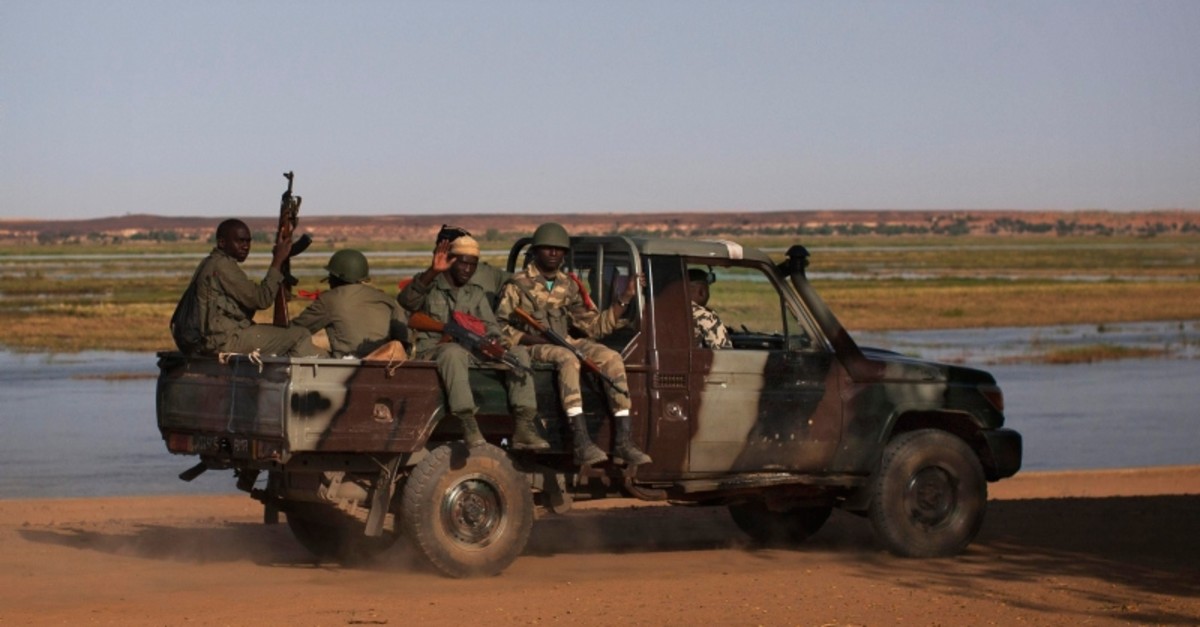 Turkey on Monday condemned Sunday's deadly terrorist attack on an army camp in central Mali, which left 21 soldiers dead and 20 others missing

Driving cars and motorbikes, the suspected terrorists killed 21 Malian soldiers in a raid on Dioura army camp in the Mopti region, military sources said, after a dawn attack that the armed forces believe was led by a deserter.

"The provisional toll is 21 bodies discovered," said a military source, in figures also confirmed by a local legislator.

Another 20 soldiers others are missing, the FSP opposition movement said Monday.

The attack on Sunday, which was also confirmed by the military and the United Nations Multidimensional Integrated Stabilisation Mission in Mali (Minusma), also left several people injured.

The attack was carried out "by terrorist groups under the command of Ba Ag Moussa, a deserter army colonel," according to the Malian armed forces.

A second military source said there was "a lot of damage."

The Turkish Foreign Ministry said in a statement Monday, "We are saddened by the terrorist attack against the security forces in the central Mopti region of Mali, claiming many lives and leaving several people injured."

"We condemn this heinous attack and offer our condolences to the brotherly people and Government of Mali and wish God's mercy upon those who lost their lives and speedy recovery to the wounded," the statement added.

Tensions erupted in Mali in 2012 following a failed coup and a Touareg rebellion that ultimately allowed al-Qaeda-linked militant groups to take control of the northern half of the country.

In 2015, a peace deal was signed between the government and some insurgent groups.

Political and community disputes continue to fuel tensions in northern Mali, thus undermining the implementation of the peace agreement.