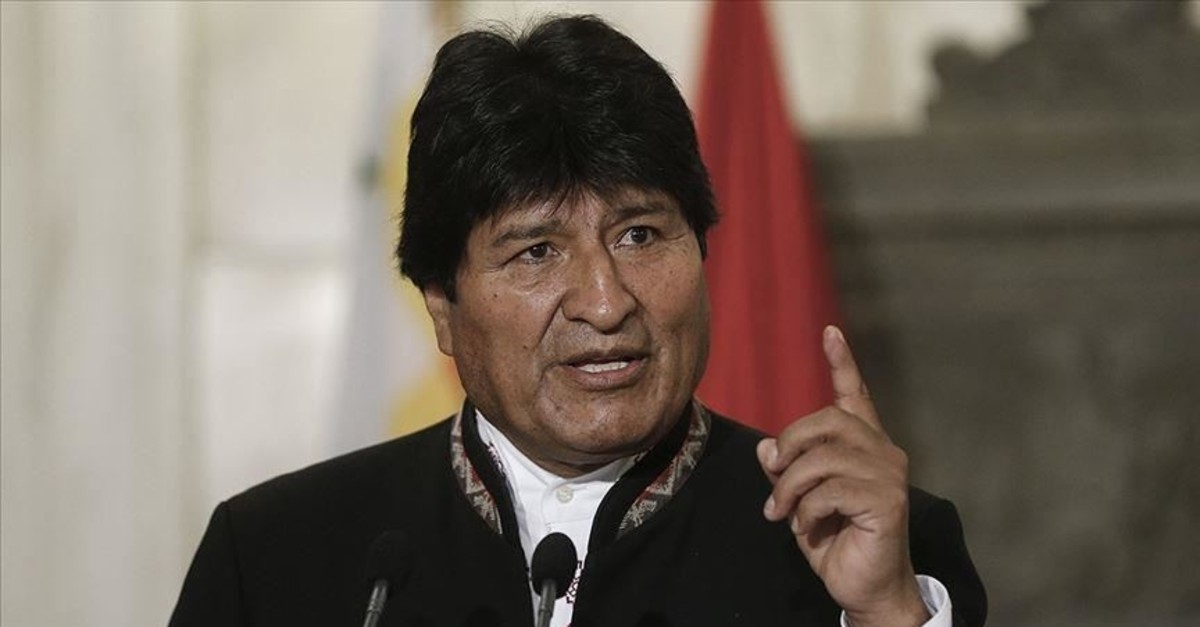 Bolivian President Juan Evo Morales Ayma, the first indigenous president of the South American country, is to pay an official visit to Turkey on Tuesday, according to an official statement.

Ayma will visit Turkey at the invitation of President Recep Tayyip Erdogan, said the Turkish Presidential Communications Directorate in a statement.

All aspects of relations between Turkey and Bolivia will be discussed during the meeting, the statement said.

Regional and international developments are also expected to be discussed, it said.

The trip will be the first presidential visit to Turkey from Bolivia, which currently holds the rotating presidency of the Community of Latin American and Caribbean States (CELAC).

Previously in January, Turkish Vice President Fuat Oktay and Bolivian President Morales met in the Venezuelan capital Caracas where they acknowledged that significant progress had been made in their countries' relations after Turkey opened an embassy in Bolivia last year.

The two countries agreed that a Bolivian embassy should be opened in Turkey as well in the first half of 2019.