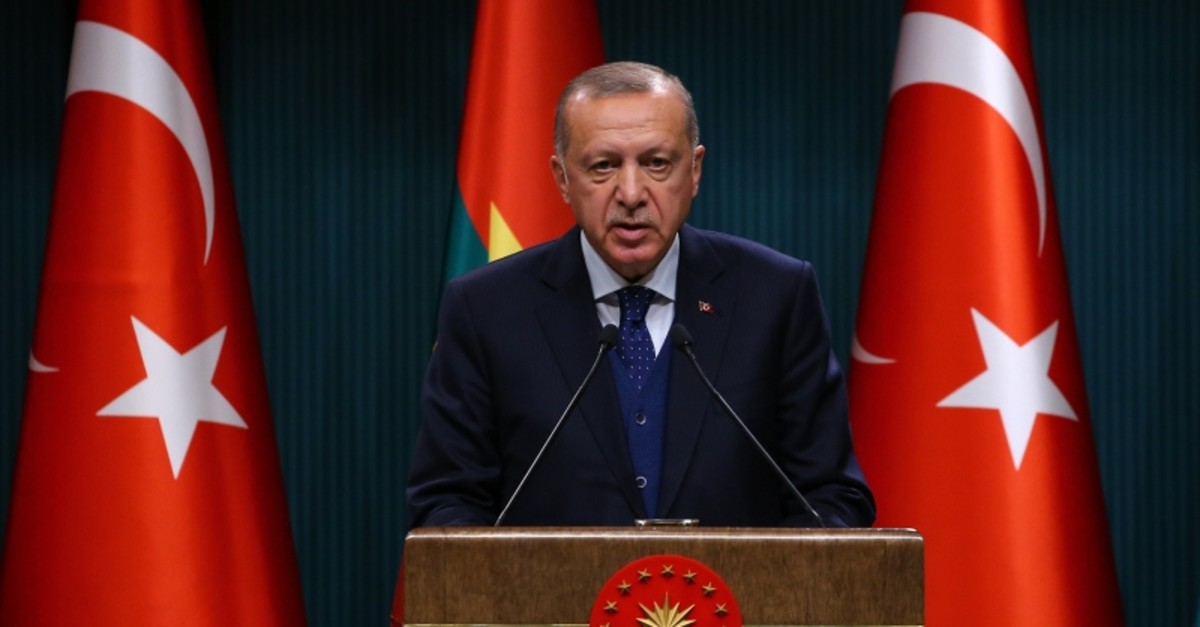 President Recep Tayyip Erdoğan on Thursday expressed his hope that Sudan can overcome its upheaval peacefully through "national consensus" and urged it to try to operate "a normal democratic process," after the country's longtime President Omar al-Bashir who was overthrown and arrested by the military.

Speaking at a joint news conference with the president of Burkina Faso on Thursday, Erdoğan repeated his disdain of undemocratic seizures of power.

"As you know, I'm not a politician who came to power in a coup. From my time as mayor to now, I am one who always came (to power) through the ballot box and while continuing this journey with the ballot box, I have dealt with a coup attempt," Erdoğan said, adding that he knows from experience what a coup can involve.

"We have deep-rooted historic relations with Sudan. We of course support the continuation of these deep-rooted ties," Erdoğan said.

However, he added: "I've also been aware of the difficulties that Sudan has experienced in recent times. It is important to us that Sudan enters into a different course to overcome all these economic problems."

"Our most important wish is that Sudan will overcome this process on the basis of national consensus and in peace," he said, expressing distress over the bloody nature of coups.

Erdoğan also called for reliable information to be released as to the whereabouts of Bashir.

Bashir, who had been in power for 30 years, was ousted from his post and arrested on Thursday, while a three-month state of emergency was declared in the country, Defense Minister Awad Mohamed Ahmed Ibn Aufsaid said.

In a statement broadcast on state TV, he said a military council would run the country for a two-year transitional period with elections held after it is completed.

The minister also announced the closure of airspace, airports and other points of entry to Sudan, adding that the airspace would be closed for 24 hours, while land crossing would remain shut until further notice.

Months of protests have plunged Sudan into its worst crisis in years. The demonstrations initially erupted last December with rallies against a spiraling economy, but quickly escalated into calls for an end to embattled Bashir's rule.

"We hope that this transition process will be conducted peacefully, with a view to meeting the expectations of the Sudanese people and within the framework of constitutional democracy and national consensus," Turkey's Foreign Ministry said in a press release on Thursday.

"The basic desire of the people of Sudan is the establishment of peace and stability in the country and the adoption of measures which would enable overcoming the economic difficulties," it said, adding that Sudan's security and stability are crucial for the stability of the region.

The ministry added that Turkey will continue to stand by the Sudanese people to ensure the country's stability, welfare, and security.

In 2017 Sudan agreed to lease the Red Sea island of Suakin to Turkey, after Ankara requested permission to restore Ottoman-era relics.