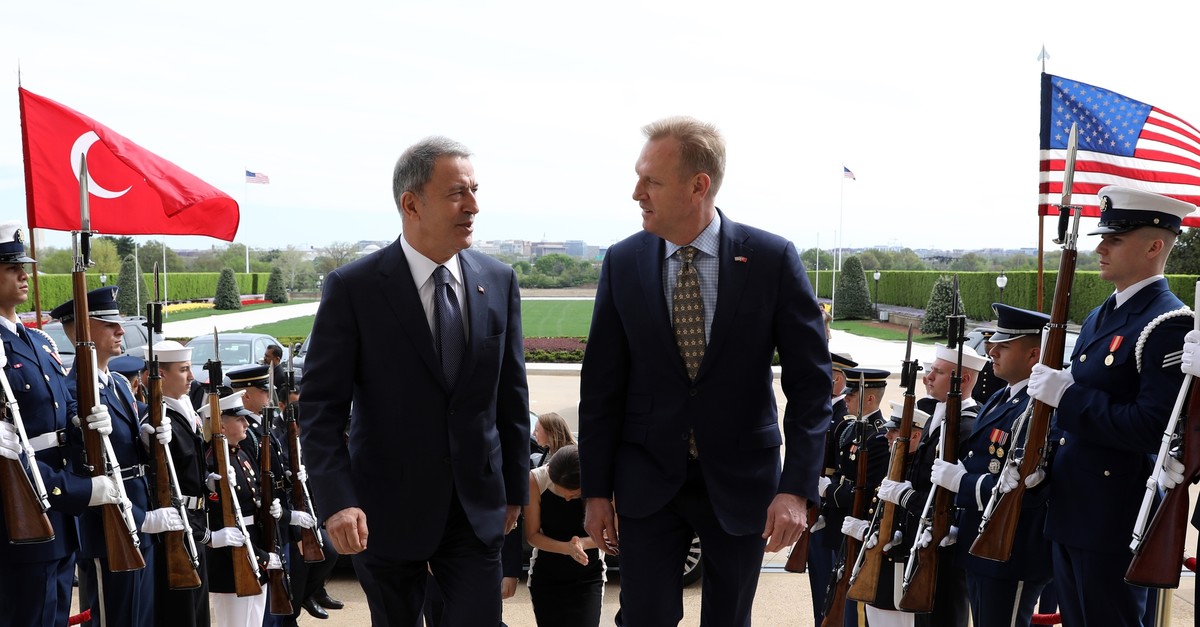 Turkish Defense Minister Hulusi Akar on Tuesday met with Acting U.S. Defense Secretary Patrick Shanahan in Washington to discuss the S-400 rift between the two countries and the regional developments in Syria.

According to a statement by the Ministry of National Defense, Akar and Patrick discussed developments in Syria, bilateral relations, other regional security issues, and defense industry cooperation between both countries.

Akar "reiterated Turkey's views and expectations on the proposed Safe Zone in Syria, S-400 procurement, F-35 aircraft and latest developments in the Eastern Mediterranean," according to the statement.

It said Akar underlined the importance of cooperation between Turkey and the U.S. on the basis of strategic partnership that would ensure the stability and security of both countries.

The United States has threatened to impose sanctions if Turkey seals its S-400 deal with Russia. Ankara has repeatedly said the purchase was a "done deal" and it should not trigger sanctions as Turkey is not an adversary of Washington and remains committed to the NATO alliance.

"If it comes to that, that is the sanctions proposed to be implemented by the Congress, of course we will expect President Trump to use his power for a waiver on that issue," Turkish Presidential Spokesperson Ibrahim Kalın told reporters in a briefing.

Asked if Trump has explicitly signaled he would issue a waiver, Kalın said he did not. "I cannot say that he did. This is a message we are conveying."

U.S. officials have called Turkey's planned purchase of Russian-made S-400 missile defense systems "deeply problematic," saying it would compromise the security of F-35 fighters jets, made by Lockheed Martin Corp. Turkey has refused to back down and said it will take delivery of the S-400s in July.

Asked what Turkey would do if Trump abstained from providing a waiver, Kalın said Turkey would have to wait and see the scope of the sanctions, but hopes it does not come to that. "Threats and sanctions would be very counterproductive, backfire and will not produce any positive results," he said.