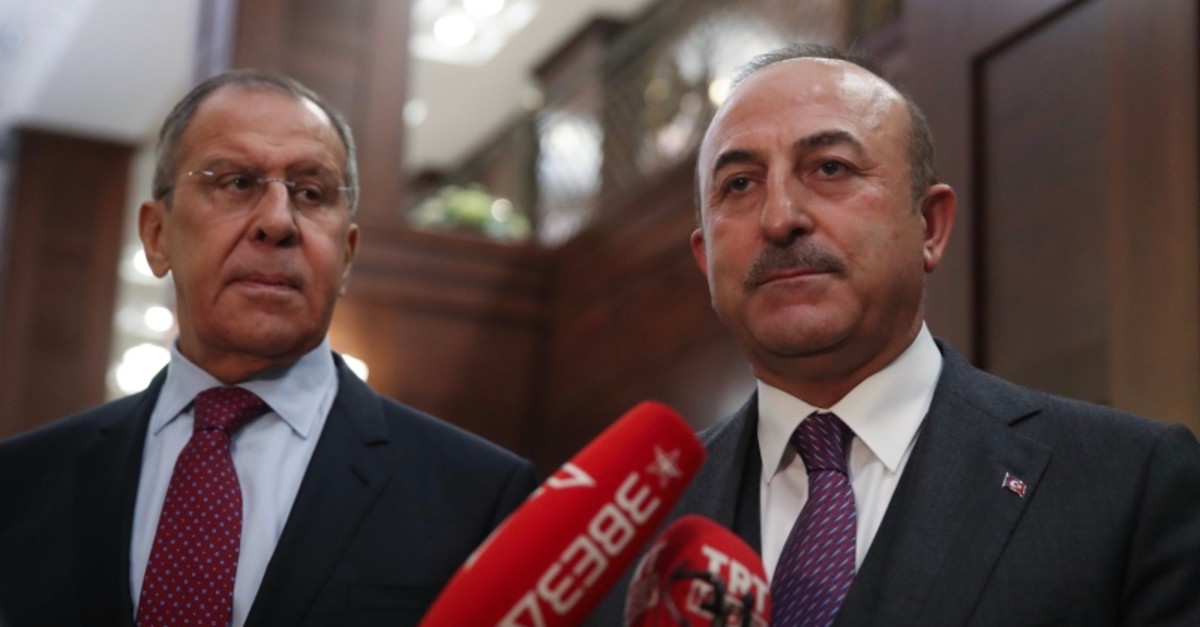 Specific details of the conversation between Çavuşoğlu and Lavrov were not disclosed by the source who asked not to be named due to restrictions on speaking to the media.

The World Health Organization said Thursday that fighting between Libya's rival factions for control of the country's capital this month killed 205 people so far, announcing it would deploy medical specialists, including surgeons, to treat the wounded.

The clashes, which erupted earlier in April, have threatened to ignite a civil war on the scale of the 2011 uprising that toppled and killed longtime dictator Moammar Gadhafi.

The fighting has also forced the U.N. to indefinitely postpone reconciliation talks planned for mid-April that were meant to try to find a way to pull Libya out of the chaos that followed Gadhafi's ouster.

U.N. spokesman Stephane Dujarric said in New York that "the number of civilian casualties, and attacks on civilian property and infrastructure, are worryingly on the rise."

Ghassan Salame, the U.N. envoy for Libya, briefed the Security Council behind closed doors from the Libyan capital, Tripoli, and told members he was very concerned at the proliferation of weapons.

WHO said Wednesday it would send medical staff to treat the wounded, whose number has reached 913. It wasn't clear how many among the dead are civilians.

Fighting over Tripoli is pitting the self-styled Libyan National Army, which is led by commander Khalifa Hifter and aligned with a rival government based in the country's east, against militias affiliated with Tripoli's U.N.-supported government.

The U.N. says that more than 25,000 people have been displaced in the clashes.

Meanwhile, Hifter's forces said they recaptured Thursday the Tamanhint air base in southern Libya, which had been taken earlier by an armed group affiliated with the Tripoli government.

The armed group, known as the South Protection Forces, initially said it seized 15 armored vehicles and ammunition when it took the base but Mohammed al-Fares, a spokesman for Hifter's fighters, later said they were back in control.

The base is located near the southern city of Sabha and has strategic significance for control of Libya's south, which Hifter's forces seized earlier this year before moving westward on to Tripoli.

Dujarric, the U.N. spokesman, said the United Nations is "deeply concerned" about reported clashes at the Tamanhint air base "and the potential for widening confrontations in other areas of the country."

On the humanitarian front, he said U.N. humanitarian chief Mark Lowcock allocated $2 million from the United Nations' emergency relief fund to help hospitals get surgical and trauma kits, provide food and other items to people uprooted by fighting, and help relocate vulnerable migrants and refugees.

"Moving civilians out of conflict-affected areas remains a challenge, with nearly all main roads reportedly blocked and there being a high risk of being hit in crossfire," Dujarric said. "Nearly all local trade has ceased in these areas."

Dujarric told reporters at U.N. headquarters in New York that aid workers continue to provide assistance when they have access and have helped 6,000 people since the start of the crisis.

The Security Council has been debating a British-drafted resolution calling for a cease-fire but a vote was delayed until next week because several countries wanted more time for consultations.

Diplomats, who insisted on speaking anonymously because discussions have been private, said Russia has objected to any mention that its ally, the self-styled Libyan National Army, launched the offensive and the United States also had several concerns.

Britain's U.N. ambassador, Karen Pierce, said, "There is unity around three key points — de-escalation, commitment to a cease-fire, get back into the political process."