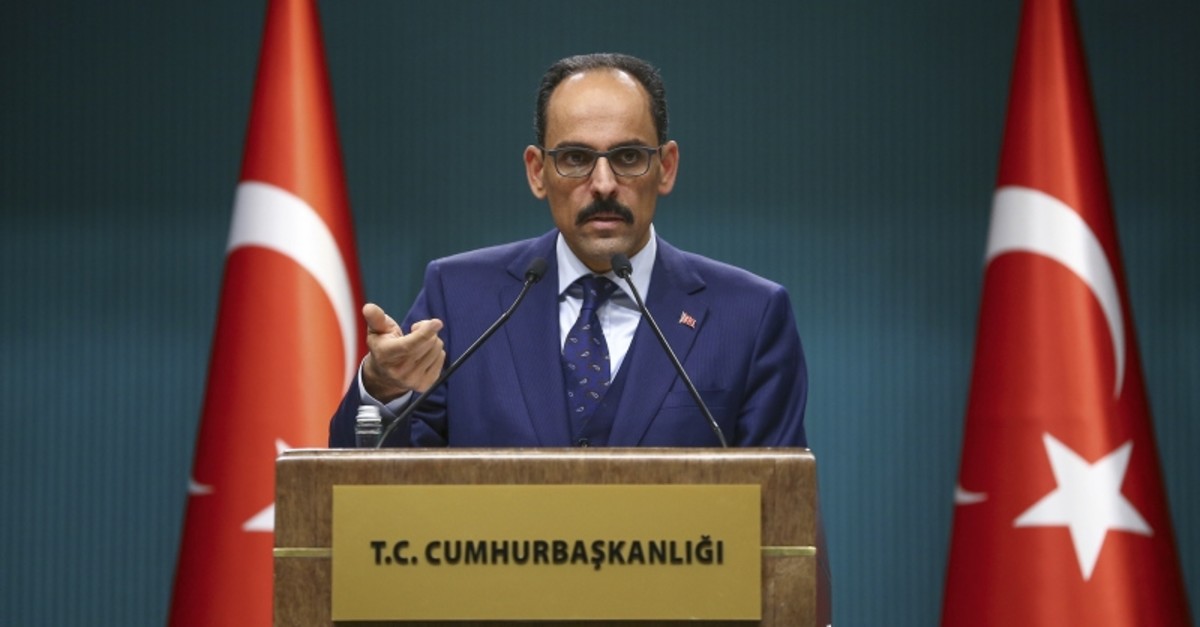 "It is not realistic to say regime elements should come into areas liberated by Turkey," Kalın added, saying that Turkey's expectation from the U.S. is that the road map set for the Manbij region involving the withdrawal of the YPG is to be realized as soon as possible, with no terrorist elements allowed to remain in areas located east of the Euphrates River.

Kalın said that Turkey expects the U.S. withdrawal from Syria to continue and a safe zone to be established and controlled by Turkey. He said that U.S. President Donald Trump could visit Turkey this year.

Kalın said that making the Idlib de-escalation deal reached between Turkey, Russia and Iran permanent is among Ankara's primary goals and it has largely been achieved. He added that efforts have resumed to end fighting while upholding Syria's unity and territorial integrity, in addition to establishing the constitutional committee under the U.N.'s purview and facilitating the political transition process through elections.

Regarding Iranian Foreign Minister Javad Zarif recent visit to Ankara following contacts with Syria's Bashar Assad in Damascus, which he presented in a report to President Recep Tayyip Erdoğan, Kalın said that Turkey does not seek mediation, contact or dialogue with the regime. "When we need to transmit a message there we already do it through Iran and Russia, and this is being carried primarily to maintain our border security," Kalın said.