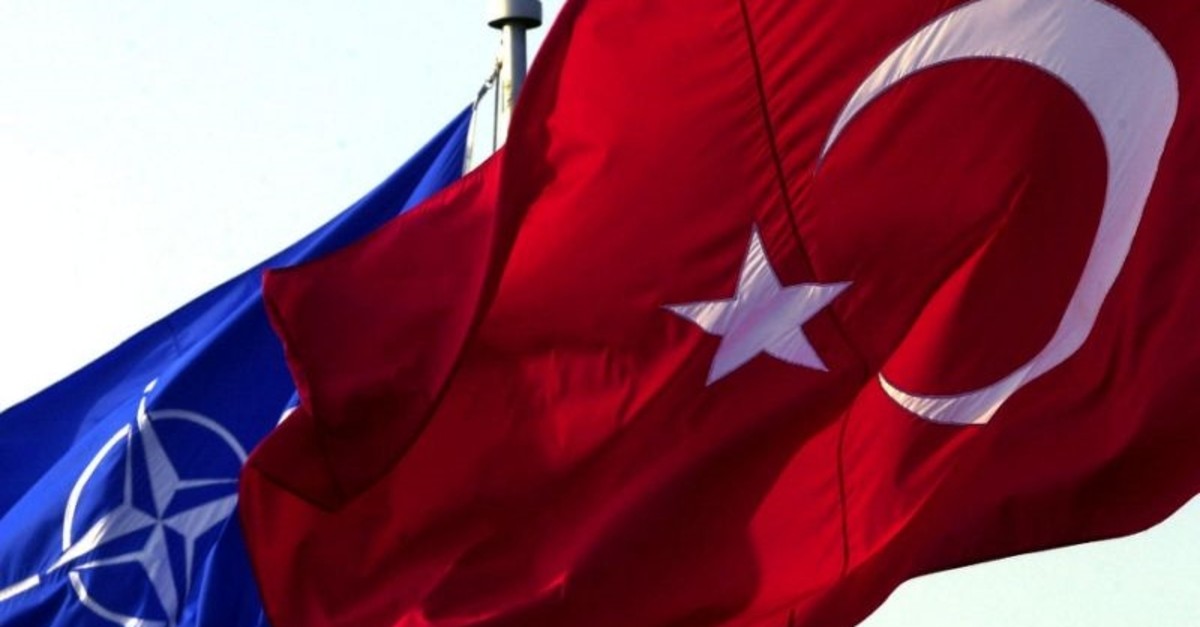 Turkey became a member of the North Atlantic Treaty Organization (NATO) in 1952 and has participated in important missions for the alliance since then.
by Daily Sabah Apr 20, 2019 12:18 am

In order to find a technical solution to its deployment of the S-400 missile system, Turkey expects NATO and other allies to cooperate as Ankara is fully responsive to the concerns of the alliance

The decision to procure Russian-made S-400 surface-to-air missile (SAM) systems has spurred tension between Turkey and its major NATO ally, the U.S. Following Ankara's decision, discussions about Turkey's 67 years of NATO membership have surfaced, portraying a grave and short-sighted approach to the realities Turkey has been facing the last five years. Turkey has frequently explained the urgent need for an air defense system to its partners given the terror threats the country is facing on its southern border due to the terror groups in northern Syria, militarily supported by NATO members.

The failure of NATO allies like the U.S. to address Turkey's defense needs and fulfill their commitments have compelled Ankara to look for alternatives to air defense systems developed by countries outside the alliance. Since the beginning of the process in 2017, Turkey has on numerous occasions stressed its willingness to cooperate with NATO allies to find a solution for how to utilize the Russian standalone defense system. Addressing the concerns of the other NATO members, the relevant Turkish authorities even proposed the establishment of a joint working group to figure out the technicalities but have received no response so far.

NATO has positively responded to Turkey's proposal to form a joint working group to ease concerns over its purchase of Russian S-400 missile systems, but Ankara still hasn't received word from the U.S. on the matter, Foreign Minister Mevlüt Çavuşoğlu said Friday.

Speaking at a press conference with his Romanian and Polish counterparts, Çavuşoğlu said Ankara was aware of NATO's concerns.

The foreign minister said Turkey offered the U.S. the option of forming a working group of experts to determine whether the S-400s posed a threat to F-35 fighter jets, but the decision on whether Ankara should buy the Russian systems has never been on the table. "We never found these claims credible. There are S-400s in Syria and F-35 jets have flown over them repeatedly. If those claims are true, those missile systems would have already gathered enough information about the aircraft," he said, adding that a similar condition also exists in Norway, which borders Russia.

Washington argued that the purchase of the Russian-made S-400 missile systems could risk the security of some U.S.-made weapons and other technology used by NATO, including the F-35 fighter jets. Turkey has responded that it was the U.S.' refusal to sell it Patriots that led it to seek other sellers, adding that Russia offered it a better deal, including technology transfers.

Turkish officials assured U.S. counterparts that the S-400s will be based on domestic software and will operate with unique radar, detection and surveillance systems. Çavuşoğlu said even though Ankara had its doubts over the claims, it still offered to establish a working group to ease concerns over security or compatibility. "We need to consider NATO's concerns. It's not right to say Ankara does not care. We are sensitive to this issue," Çavuşoğlu said and added that Turkey urgently needed air defense systems. "Our allies and NATO must also understand this very well. We need our air defense system urgently," he said. Foreign Minister Çavuşoğlu recalled that the U.S., Germany and the Netherlands withdrew Patriot missile batteries from Turkey in 2015. Germany, the United States and the Netherlands all deployed Patriots in early 2013 after Turkey asked its fellow NATO partners for help in protecting its territory amid an escalating civil war in neighboring Syria.

The minister also noted that Turkey last year signed a deal with EUROSAM to participate in the joint production of the SAMP-T air defense system. "This agreement shows Turkey's commitment to prioritizing its allies. Our desire is to work with allies, but when we cannot buy defense products from allies, we have to look for alternatives," Çavuşoğlu said. He urged Turkey's allies and NATO to understand the rationale behind its decision to procure a Russian-made system. Meanwhile, Defense Minister Hulusi Akar said Tuesday in Washington that Russia may deliver the S-400s in June, earlier than the initially agreed date of July.

The Ankara-Moscow S-400 deal was inked in December 2017, when the parties signed a $2.5 billion agreement for two batteries of the systems – Russia's most advanced long-range anti-aircraft missile system in use since 2007. Turkey, as a NATO member with the second-largest army in the alliance, has not taken the decision to acquire a Russian-made surface-to-air-missile without a broad calculation of geopolitical risks. The country's doorstep is abundant with ballistic missile proliferation and rogue weapons of mass destruction (WMD) programs, as well as increasing terror threats by groups in northern Syria, including the People's Protection Units (YPG) and Daesh. The YPG is the Syrian affiliate of the PKK, a terrorist group designated as such by the U.S. and the EU.

Known as Triumf at home and Growler abroad, the S-400 has become necessary for Turkey's defense system. It is an upgraded version of the S-300 missile systems. The S-400 uses four missiles to fill its performance envelope: the very-long-range 40N6 (400 kilometer), the long-range 48N6 (250 kilometer), the medium-range 9M96E2 (120 kilometer) and the short-range 9M96E (40 kilometer).

When Turkey wanted to the buy Patriot system from the U.S. in 2009 during Barack Obama's term, the U.S. Congress declined the offer for the sale of the Patriot PAC-3 batteries worth $7.8 billion at the time. Not selling the necessary missile systems to its NATO allies, Washington continued to provide extensive arms support to terror groups in Syria that have continuously attacked Turkey and claimed hundreds of lives. However, Turkey's firm stance on the S-400 deal has led U.S. officials to make Turkey an offer for the Patriot defense system at a much lower cost. In January, the U.S. made an official offer to Turkey for a $3.5 billion sale of the Patriot missile and air defense systems during the visit of a U.S. delegation. The provision of credits, technology transfer and joint production were discussed during the visit.

Currently, China and India are the other countries that have struck deal with Russians to buy S-400s. Additionally, Saudi Arabia, Qatar, Algeria, Morocco, Egypt, Vietnam and Iraq have all discussed buying the S-400 missile system from Russia.

Three NATO members – Greece, Slovakia and Bulgaria – are in possession of S-300 defense systems. In 1998, at a time when Russia's integration into NATO was only whispered about and U.S.-Russia ties were on moderately good terms, Greek Cyprus purchased the Russian S-300 defense systems and intended to install them on the island. However, following Ankara's objections, Greece integrated them on the island of Crete. These systems are now used for NATO drills. In 2015, Israeli forces tested ways of defeating the S-300 missile system located in the Middle East. The Russian S-300 anti-aircraft system was also activated during joint drills between the Greek and Israeli air forces that year.