AK Party: Having colonialist history full of brutalities, West has no say on 1915 events 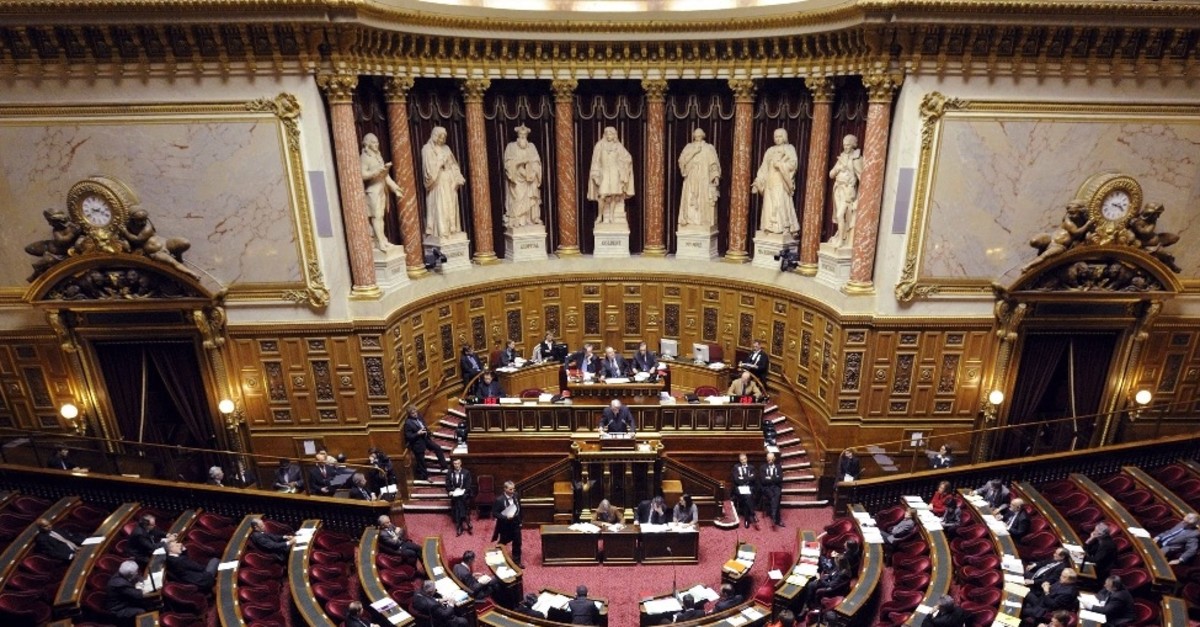 Considering their violent colonial past, it is not a Western country's place to make comments on the 1915 events, Leyla Şahin, AK Party deputy chairman responsible for human rights said

The ruling Justice and Development Party (AK Party) said Tuesday that the Western powers and the U.S. have no right to lecture Turkey on the 1915 events when the West has blood on its own hands in the form of atrocities and genocides carried out as colonialists. "I want to clearly say that neither France, the U.S., Germany, the Netherlands, nor Belgium, Denmark, England, Sweden, Italy have the right to lecture Turkey," said Leyla Şahin, AK Party deputy chairman responsible for human rights. She was speaking at a party meeting where the "History of Colonialism and Genocide of Western Countries" report was presented. The report, prepared by the AK Party's Department of Human Rights, includes detailed information and infographics on the genocides committed by the Western powers.

The report also highlights U.S. atrocities, such as the massacres of Native American Indians, the dropping of atomic bombs on Hiroshima and Nagasaki, the bombing of Dresden, Germany in World War II and a number of other wars the U.S. took part in. The objective of the report was to remind readers of the past atrocities of the Western powers in the face of their genocide allegations against Turkey.

Touching upon the death tolls caused by the U.S., Şahin said the wars in Korea, Cuba and Vietnam killed 2 million, 3 million and another 3 million people, respectively, while Washington's policies and bombardments continue to kill civilians in Syria. She added these atrocities amount to genocides.

Şahin also commented on atrocities committed by France and Denmark. She said France killed 1.5 million Algerians during its 132-year occupation of the country, in addition to its role in the Rwandan Genocide. Denmark, on the other hand, left more than 250,000 refugees to die.

In relation to recent actions taken by Italy and France earlier this month to recognize the 1915 events in Armenia as "genocide," Şahin said that such actions are merely perception operations, trying to label Turkey as a perpetrator of genocide.

Turkey's position on the 1915 events is that the deaths of Armenians in eastern Anatolia took place when some sided with the invading Russian Army and revolted against Ottoman forces. A subsequent relocation of Armenians resulted in numerous casualties.

Lobbying efforts by the Armenian diaspora, whose numbers are high, particularly in France and the United States, helped to gain recognition of the incident as a "genocide." France was one of the first European states to recognize it and more than 20 other countries followed suit.

Ankara does not accept the alleged genocide but acknowledges that there were casualties on both sides during the events of World War I. Turkey objects to the presentation of the incidents as "genocide" but describes the 1915 events as a tragedy for both sides. Ankara has repeatedly proposed the creation of a joint commission of historians from Turkey and Armenia plus international experts to tackle the issue.

Pointing out that the Ottoman Empire never colonized people, instead offered utmost protection for the lives, properties, language and ethnicities of people under its territories, Şahin added that the Western powers' attempts distorting reality and history are only the results of their racist stance, fueled by anti-Muslim sentiments.

Şahin said given their long history of genocide, the Western powers can have no say in the matter. She stressed that in order to uncover the truth about the 1915 events, historians should conduct detailed research, yet none of the Western powers opted to move forward in that direction.

"It is impossible for them to push the whole world to recognize the so-called Armenian genocide, through its acceptance in their parliaments. They actually know that this is a lie," she added.